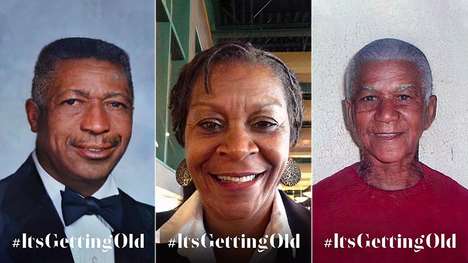 FaceApp, a platform that uses photos and technology to digitally ages users, recently became a viral success and one movement — the #ItsGettingOld campaign — decided to use the app on Instagram to raise awareness about racism in America.

The campaign shows what Trayvon Martin, Sandra Bland, Philando Castile, Eric Garner, and others might have one day looked like had they not been killed and seeks to make a visual statement regarding the impact of police brutality and gun violence. Emely Perez, one of the creatives on the campaign, notes: “The hope is to continue to push this on platforms and ensure the conversation doesn’t fade until another fatality. The cycle is part of the conversation.”

The team hopes the campaign inspires people to “get involved and get loud.”