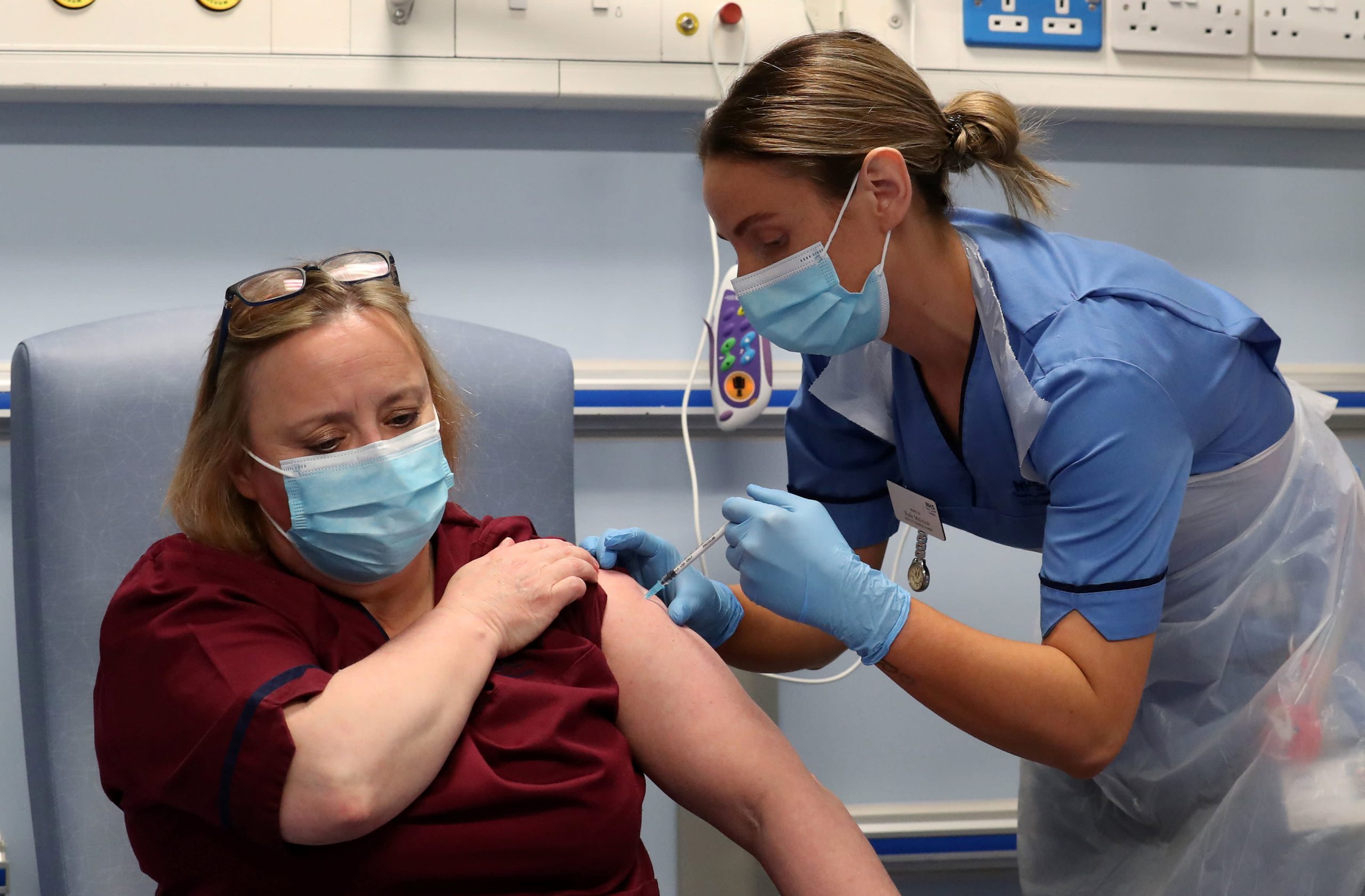 Deputy charge nurse Katie McIntosh administers the first of two Pfizer/BioNTech COVID-19 vaccine jabs, to Vivien McKay Clinical Nurse Manager at the Western General Hospital, on the first day of the largest immunisation programme in the British history, in Edinburgh, Scotland Britain December 8, 2020.Andrew Milligan | ReutersLONDON — People who have a history of “significant” allergic reactions should not receive the coronavirus vaccine developed by Pfizer and BioNTech, the U.K. drug regulator said Wednesday.The U.K’s Medicines and Healthcare products Regulatory Agency updated its guidance to British health service trusts on who should receive the vaccine after two members of Britain’s National Health Service experienced allergic reactions to the shot. Both are recovering well, according to the national medical director for the NHS.”Any person with a history of a significant allergic reaction to a vaccine, medicine or food (such as previous history of anaphylactoid reaction or those who have been advised to carry an adrenaline autoinjector) should not receive the Pfizer BioNtech vaccine,” the regulatory agency said. Stephen Powis, national medical director for the NHS, said such a precaution “is common with new vaccines.”The U.K. was the first country to approve and administer the Pfizer-BioNTech vaccine. On Tuesday, it began a massive vaccination drive starting in hospitals, with health and care home workers and those over age 80 first in line to be inoculated.Dr. June Raine, head of the MHRA, told a U.K. government select committee on Wednesday that the regulator would maintain “real-time vigilance” of the vaccine now that it is being deployed.”Even last evening we were looking at two case reports of allergic reactions,” she said.”We know from the extensive clinical trials that this was not a feature, but if we need to strengthen our advice now that we have had this experience in vulnerable populations, the groups selected as a priority, we get that advice to the field immediately.”