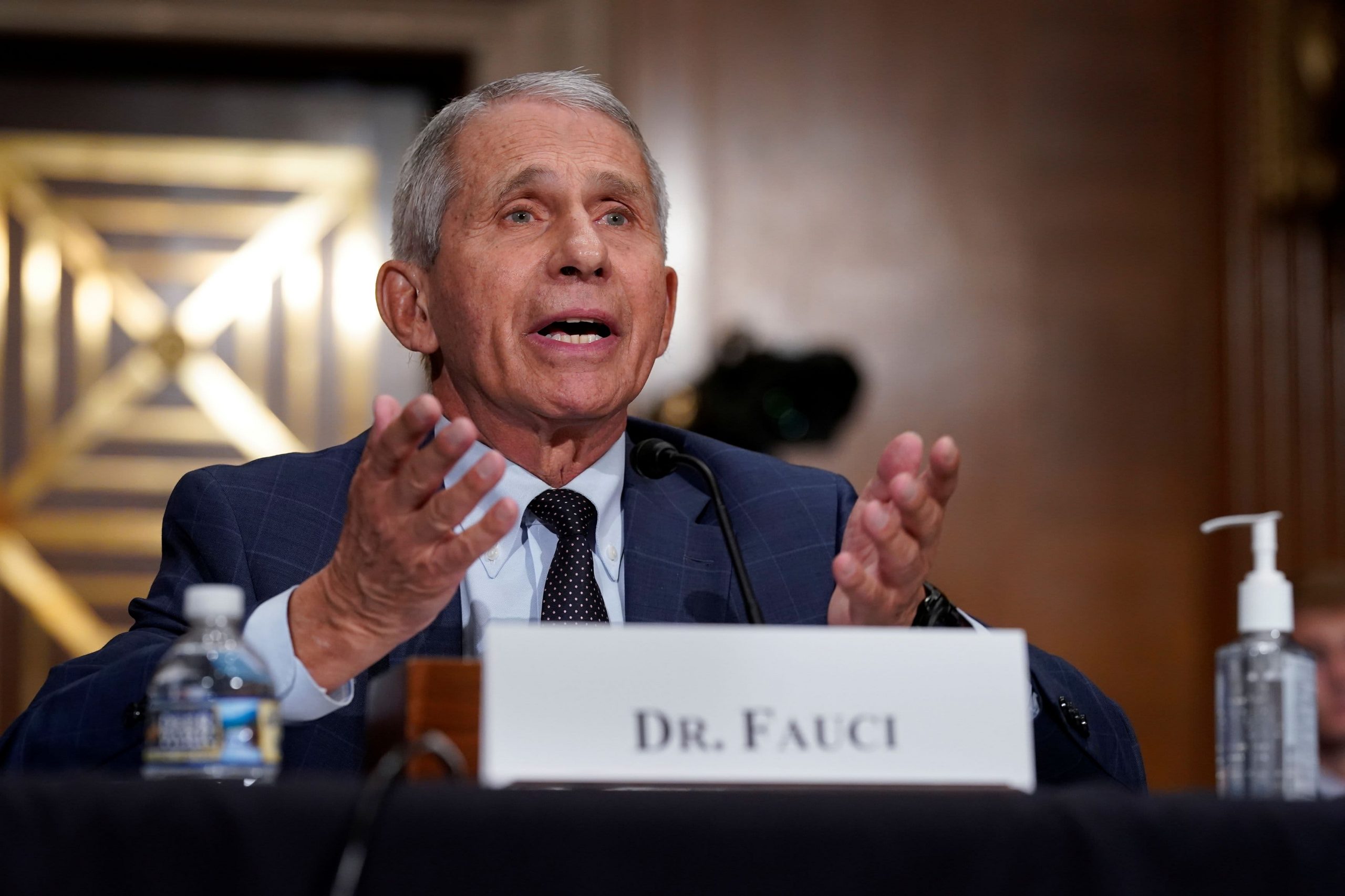 Top infectious disease expert Dr. Anthony Fauci responds to accusations by Sen. Rand Paul (R-KY) as he testifies before the Senate Health, Education, Labor, and Pensions Committee on Capitol hill in Washington, D.C., U.S., July 20, 2021.J. Scott Applewhite | ReutersThe U.S. will likely start to widely distribute Pfizer Covid-19 booster shots during the week of Sept. 20, but the rollout for Moderna’s vaccine could be delayed, White House chief medical advisor Dr. Anthony Fauci said Sunday.The Biden administration has announced plans to offer third doses to people who received the Pfizer and Moderna shots, pending approval from public health officials. The U.S. recommends an additional shot eight months after the second dose.Only the Pfizer vaccine booster may get Food and Drug Administration and Centers for Disease Control and Prevention approval in time for a rollout the week of Sept. 20, Fauci said on CBS’ “Face the Nation.” People who received Moderna shots may have to hold off for longer as the company waits for regulators to sign off on a third dose.”Looks like Pfizer has their data in, likely would meet the deadline,” the director of the National Institute of Allergy and Infectious Diseases told CBS. “We hope that Moderna would also be able to do it, so we could do it simultaneously.””But if not, we’ll do it sequentially,” he continued. “So the bottom line is, very likely, at least part of the plan will be implemented, but ultimately the entire plan will be.”CNBC PoliticsRead more of CNBC’s politics coverage:Later Sunday, Fauci told CNN that for people who got two doses of the Moderna vaccine, “it’s better to wait” for a third Moderna dose than get a Pfizer shot. He noted that the U.S. plans to release data in the coming weeks on mixing vaccines from different manufacturers.The Pfizer-BioNTech Covid-19 vaccine is the most widely administered in the U.S. More than 95 million people have received the full two-shot regimen, according to CDC data.About 66 million people have been fully vaccinated with the Moderna shot. Meanwhile, about 14 million people have received the one-dose Johnson & Johnson shot. Regulators have not announced plans for a J&J booster.In calling for third Pfizer and Moderna doses, U.S. health officials cited CDC data that found protection against infection waned several months after the second shot. More than 1.3 million people have received an additional shot after the U.S. authorized them for certain immunocompromised individuals, according to the CDC.On Sunday, White House chief of staff Ron Klain told CNN’s “State of the Union” that the administration will have booster shots “ready to go” whenever regulators approve them for wider use.An FDA advisory panel will review Pfizer’s application for a booster on Sept. 17, only three days before shots are supposed to start.The Biden administration’s booster plan has sparked criticism within the U.S. and around the world. The World Health Organization has urged wealthy countries with higher vaccination rates to hold off on additional shots until poorer countries can give more people first vaccine doses.As the virus spreads around the globe, it raises the prospect of new — and potentially more dangerous — variants emerging.The White House has defended its booster plan, citing U.S. donations of vaccine doses to other countries. Last month, Fauci told CNBC that the U.S. has given 120 million doses to 80 countries.”We are doing both,” he said of vaccinating Americans and people around the world.Subscribe to CNBC on YouTube.