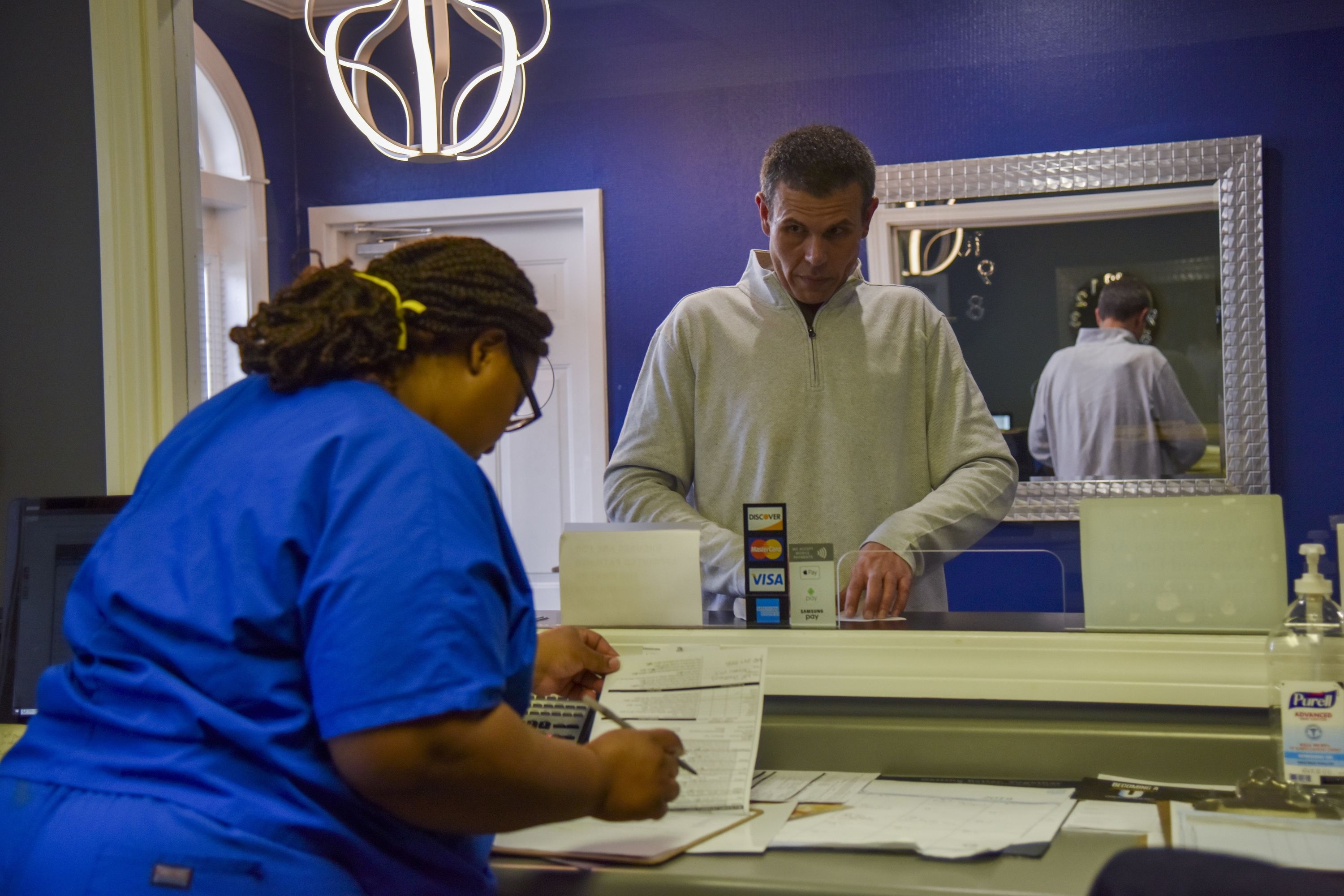 A man checks in with a program manager after driving nearly three hours to get to his appointment at Open Arms Healthcare Center on Wednesday, January 23, 2019, in Jackson, MS. Open Arms provides PrEP, or Pre-exposure prophylaxis, which is “a way for people who do not have HIV but who are at substantial risk of getting it to prevent HIV infection by taking a pill every day,” according to the CDC.

Patients with private health insurance will soon be able to get HIV prevention medication, also known as pre-exposure prophylaxis or PrEP, at no cost after a recommendation from an influential health-care panel Tuesday.

The U.S. Preventive Services Task Force gave PrEP a grade A recommendation, meaning insurers will now be obligated to cover the medication at no cost to their policy holders. Under the Affordable Care Act, more commonly known as Obamacare, private health plans are required to cover preventative services that the task force grants an “A” or “B” rating.

The recommendation was published Tuesday in the Journal of the American Medical Association. The task force, which is made up of an independent panel of clinicians and scientists, said it found convincing evidence that PrEP is of “substantial benefit in decreasing the risk of HIV infection.”

“The new guidelines show a maturation of evidence and policy in HIV medicine and a growing consensus affecting application, not only in the United States but worldwide,” Dr. Hyman Scott, a professor of medicine at the University of California San Francisco, in an editorial published Tuesday alongside the JAMA report. He is not a member of the task force.

Roughly 1.1 million people in the U.S. are currently living with HIV, and nearly 40,000 Americans become infected with the virus each year, according to government data. PrEP can reduce the risk of infection by up to 92% in people who are at high risk and who take the drug consistently, according to the Centers for Disease Control and Prevention.

The move comes amid President Donald Trump’s pledge to end the HIV epidemic in the United States by 2030, a goal which public health advocates have cheered and have sought for years.

In May, pharmaceutical giant Gilead Sciences reached an agreement with the Trump administration to donate its PrEP medication Truvada for up to 200,000 uninsured people a year until 2025. Without insurance, Truvada usually sells for $1,600 to $2,000 a month in the U.S.