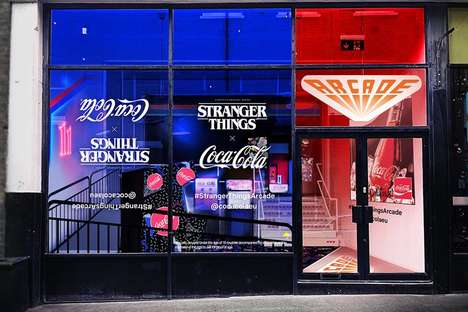 In Lonon, an 80s-themed Stranger Things 3 x Coca-Cola pop-up arcade is being introduced to share limited-edition cans of Coca-Cola with flipped designs inspired by the series’ Upside Down.

Naturally, the arcade is filled with plenty of nostalgic games, including the original Dragon’s Lair as seen in the show. The pop-up offers plenty of treats for Stranger Things fans, including a secret Upside Down-themed room.