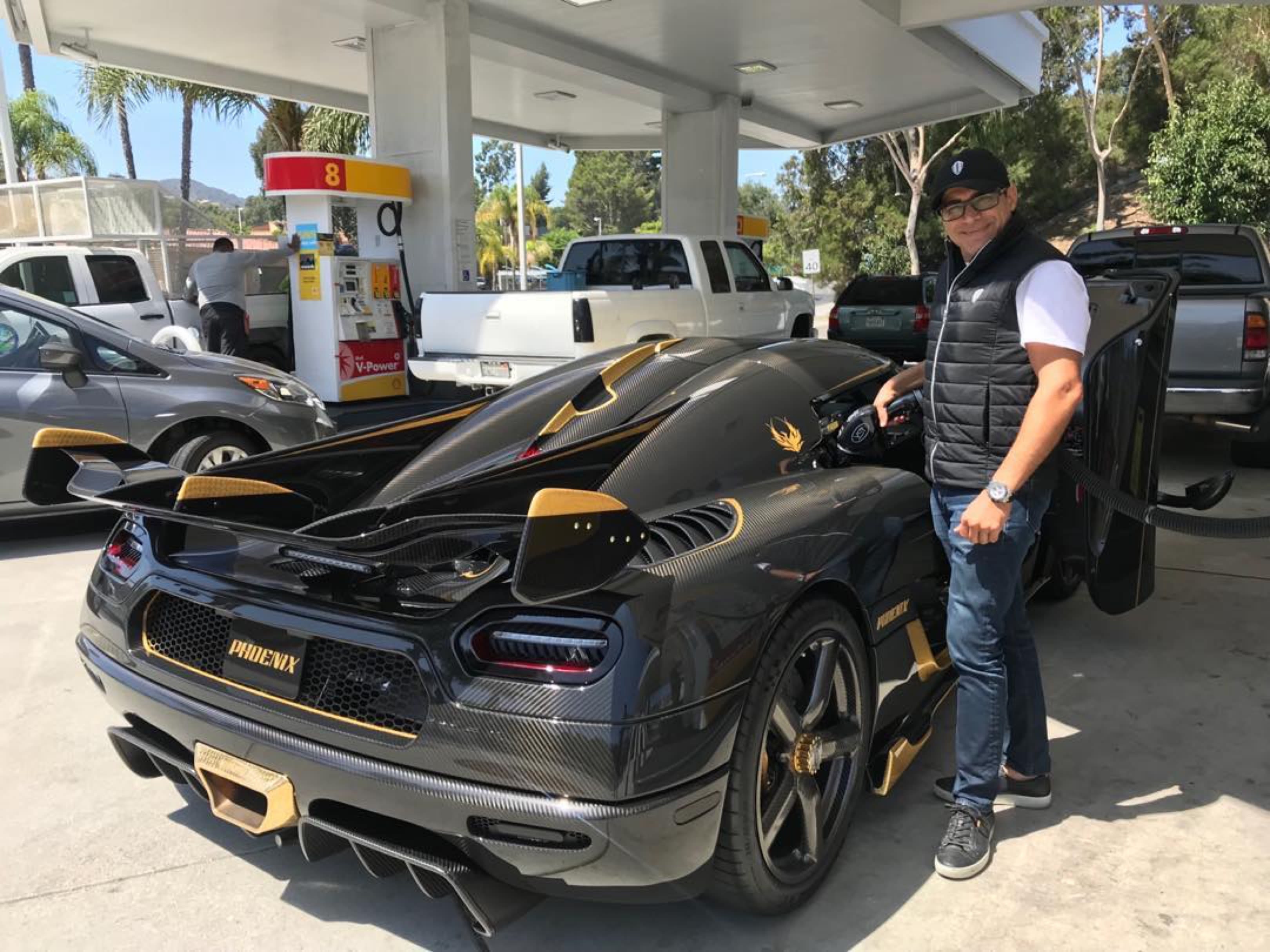 When California real estate investor Manny Khoshbin spent $2.2 million on the fastest street-legal car in the world, he had no idea it would also become the fastest-appreciating asset he’d ever own.

“Quickest $1.9 million I ever made,” Khoshbin told CNBC.

Parked next to his 1,400 pound black aluminum desk, which is shaped like a stealth-bomber, are more than a dozen cars, including a one-of-a-kind Pagani Huayra Hermés edition, a Bugatti Mansory Linea Vincero and a full-body exposed carbon matte finish McLaren P1.

But none of those wheels are as fast as the Koenigsegg Agera RS he had delivered 12 months ago. The hypercar set at least five world records for speed for a street-legal car, with the fastest run clocking in at just over 284 miles per hour. Only 25 were ever made during its three-year run and they sold out in the first 10 months of its debut at the 2015 Geneva Motor Show. Khoshbin was in line for the last one, an Agera RS Gryphon that crashed in a test run when the driver lost control at a wet track in Trollhattan, Sweden, in 2017.

Koenigsegg said on its Instagram page at the time that it reached “a mutually satisfactory outcome” with Khoshbin “to spec an all-new Agera RS that will blow everyone’s mind.”

Khoshbin added some over-the-top upgrades, including a 1,400 horsepower engine, a $300,000 tail wing for increased aerodynamics and lots of 24 karat accents, including the gold-covered exhaust pipe. Parts of the engine and the stripes that run around its entire carbon body are covered in gold.

Khoshbin dubbed it the Agera RS Phoenix, rising out of the ashes of the Gryphon. Besides the pricey add-ons, it was the last Agera RS Koenigsegg ever made — making it highly desirable to collectors.

“I wasn’t thinking about selling it. Honestly, I was buying to keep it permanently, but I got an offer I couldn’t refuse,” Khoshbin told CNBC.

He says a mutual friend connected him to a prospective buyer who, like Khoshbin, had an appreciation for carbon fiber dripping in gold.

“He had another Koenigsegg in carbon and gold and this was a perfect match to the other in his collection,” Khoshbin said. Just like the Agera RS, the deal moved super fast. It took about a week to negotiate a price, he said. “I said $5 million, we negotiated and landed at $4.1 million.”

While the real estate investor says he’s made millions of dollars buying and selling buildings, he’s never made this much money in so little time.

Soon after closing the Phoenix deal, he used the cash to buy a Bugatti Veyron Grand Sport Vitesse Rembrandt with just 770 miles on the odometer. The bronze-colored beast, which can go from 0 to 60 in a mind-blowing 2.6 seconds, was a bargain at $2 million. The car’s previous owner, a Texas billionaire, bought the Bugatti new in 2014 for just north of $3 million.

“I love cars, but at the end of the day you got to be strategic and smart with your money,” said Khoshbin.

He’s passionate about rare cars and says investing in them is more fun than other collectibles like art. “You can’t take your Picasso to lunch, but you can drive your Bugatti to the restaurant,” he said.

When I asked Khoshbin if there’s a car in his collection that he won’t sell he answered without skipping a beat.

His car obsession continues in the meantime. He’s already put a deposit on a replacement for the Phoenix, ordering a Koenigsegg Jesko with 1,600 horsepower that will cost him around $3 million.

Sears just opened a new store, here’s what it looks like
Microsoft has grown more than a basket of unicorns since 2015
To Top
error: Content is protected !!
Top