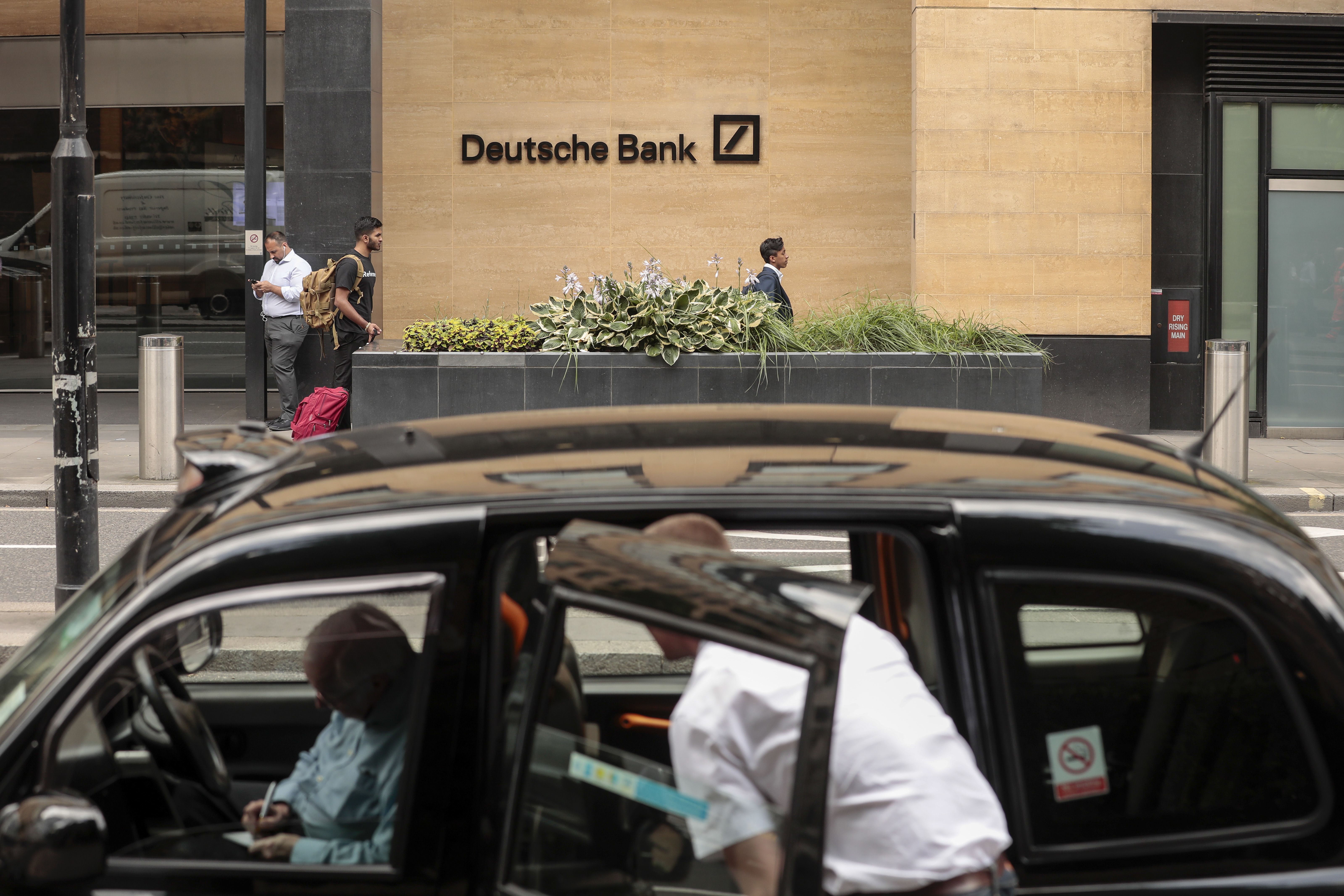 Deutsche Bank announced Sunday that it will close its global equities sales and trading operations, scale back its investment banking and slash thousands of jobs as part of a sweeping restructuring plan to improve profitability.

Deutsche will cut 18,000 jobs for a global head count of around 74,000 employees by 2022. The bank aims to reduce adjusted costs by a quarter to 17 billion euros ($19 billion) over the next several years. The bank’s shares were down more than 6% in U.S. trading Monday.

While the embattled lender may have gone through a number of strategy overhauls in recent years, its CFO, James von Moltke, told CNBC on Sunday that the bank is determined that this new round of restructuring will be its last.

Goldman Sachs in a note on Monday called the restructuring as “very deep” but warned of challenges.

“A very deep restructuring, by any measure. Media reporting ahead of Sunday’s board meeting was intense, yet the announcements still surprised in terms of their scope and scale, Goldman Sachs noted.

“DBK’s structural challenges, as we see them, fall into three categories: the absence of a high-return platform, elevated funding costs, and uncertainty around the scope of its IB business,” the note stated.

On the big job cuts and exit from global equities sales, Goldman notes that it is larger than what was expected.

“Whilst we did expect DBK to substantially scale back its equities operation, we did not expect a wholesale exit across geographies – including in its home market of European / German equities – and business lines.”

Citi, in a research note, termed the restructuring plan as setting “optimistic targets.”

“In a well-telegraphed announcement after two weeks of media headlines Deutsche Bank has confirmed a significant restructuring,” the note said.

“Restructuring charges of €7.4 billion (c12% of tangible equity) are heavier than anticipated, but spread out over 4 years. Management intends to fund this from existing resources, so there is no capital raise. This may yet prove optimistic.”

Citi has set a price target of 6 euros for the German lender and rates it as “high risk” for exposure to a number of outstanding litigation issues.

“This is an ambitious plan for sure, with larger cost cuts and a higher targeted RoTE than expected. Capital elements were largely anticipated by the market, but in our view leave the bank’s strategy in the hands of the regulators, BofAML analysts Andrew Stimpson and Alastair Ryan said in a research note Monday.

“Without a reduction in capital requirements or the ECB (European Central Bank) agreeing to allow operational RWA (risk-weighted assets) to reduce faster, then DBK may have little capital to deploy into the higher multiple businesses it wishes to grow,” the note added.

“DB restructuring in our view is bold and for the first time not half-baked but a real strategic shift giving up its Tier I IB ambitions. DB is rightsizing to where it came from originally, a corporate bank with the addition of a large Fixed Income footprint.”

“We believe further questions need to be answered such as: i) credibility around execution, ii) revenue growth details and rationale, where DB has disappointed in the past, iii) employee motivation post the restructuring to go for regaining market share in Fixed Income and around DB’s ability to operate a corporate franchise without a European equity business.”

J.P. Morgan in its note further said that there are a number of upside and downside risks. These could include global economy undergoing a slowdown with a corresponding deterioration in credit quality and weaker revenues, which could affect DB’s profitability. Execution risk on the latest strategy announced could pose as both upside and downside headwind, according to JPM.

Morgan Stanley in its research note said that the new targets set by Deutsche Bank seem “ambitious at first take.”

“Investment bank is being materially scaled back. Despite the size of RWAs cut, it is self funded with target CET1 (common equity Tier 1) ratio at 12.5%. Execution details will be key to potential re-rating,” Morgan Stanley said in a note.

“In fixed income, DBK also aims to scale back significantly (in Rates in particular), reducing RWAs allocated to this business by 40%. Overall we think the strategic announcement could lead to a short-term bounce for the stock on no dilution, yet any potential re-rating will depend on details on execution,” the note added.

Morgan Stanley added that even though Deutsche Bank’s overhaul plan has been discussed at length with the bank’s home regulator BaFin, they expect Europe’s Single Supervisory Mechanism (SSM) — the European institution that oversees banks in the euro zone — to be informed as well as be content with the CET1 minimum target.

Barclays analysts have warned they expect Deutsche Bank shares to be volatile on the back of the latest restructuring plan.

“The reduction in the CET1 ratio target had been suggested in press articles last week – e.g. FT, Bloomberg – and so is not a surprise. Nevertheless it will be important to see the capital trajectory that management are assuming in the coming periods, and the conviction/assumptions surrounding that,” Barclays said in the note on Monday.

Barclays further adds that investors will be keeping an eye on how this plan is executed.

“It will also be important to see how management will execute on the cost reduction, given its scope, and whether this can be done without revenue consequences. Further it will also be interesting to hear how all the planned investments in IT and controls will be paid for.”

RBC termed the restructuring “more radical than expected” and will support the share price in the short term. RBC also increased its price target on Deutsche Bank.

“We raise our PT (price target) from EUR7.5 to EUR8ps. However, as the plan pushes the profitability improvement further out in time on our estimates, we see more value elsewhere in the sector. Maintaining Underperform, Speculative Risk.”

RBC also said that Deutsche Bank’s announcement is a “material transformation plan” and if the set ROTE 2022 target of 8% is delivered then there could be significant upside in the shares.

“We believe the near-term profitability will remain low; in fact, on our estimates the transformation leads to a deterioration. We expect peers to be better placed to weather any deterioration in the macro political environment and to benefit from business lost at DBK. The transformation plan will also lower DBK’s CET ratio and there is a risk that it might have to raise capital.”

UBS, in a note Monday, said Deutsche Bank’s new plan shows the willingness and determination to change the profile of the bank.

“The new strategy in our view aims at breaking through the self-feeding debt/equity circle which we have often discussed in our research and to make Deutsche less of a levered market play vulnerable to external events,” UBS said in its note Monday.

UBS further said that short-term market reaction could be positive. “Progress over the coming quarters could then further increase the market confidence in the plan. That said, overall market conditions and restructuring uncertainties could materially impact revenues. Some key questions remain: What about frictions and (negative) side-effects? Execution uncertainties?”