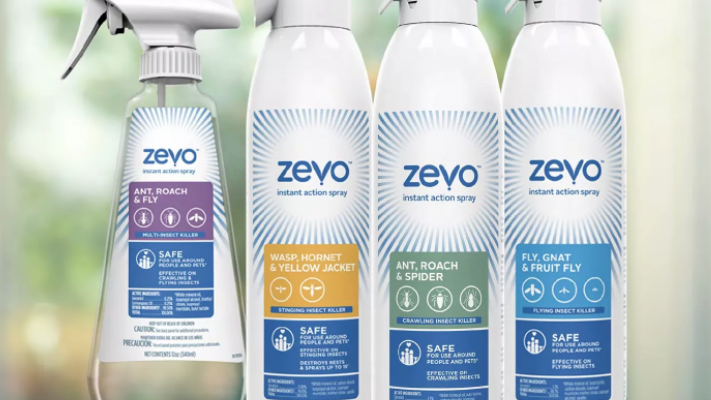 Procter & Gamble is shaking up the way it innovates in a quest for growth.

In order to break into the household insecticide market, the company used smaller teams in order to make quicker decisions, and began selling the product online so it could react more quickly to consumer feedback, according to a Wall Street Journal article.

The Cincinnati-based consumer products company’s Zevo, includes a line of bug sprays and indoor traps that are harmless to children and pets. The launch is part of the company’s effort to develop new products that will reach the commercial success of its Tide detergent and Gillette razors.

In addition to bug spray, the Zevo brand offers an ultraviolet light box that attracts and traps insects with a sticky cartridge. The product was sold to P&G in 2017 by two entrepreneurs, according to the Wall Street Journal.

The pest control industry, which includes topical, household and outdoor products, is a $1.3 billion industry that has grown 6% in the past four years, according to Nielsen research quoted by the paper.

However, the Journal reports that Raid has claim to 49% of the U.S. market and Spectrum Holdings’ Hot Shot brand has 14% share of the market, according to data from Euromonitor.

While breaking into the pesticide market will be challenging, the Zevo line will attempt to distinguish itself by being kid and animal-friendly, while competitors like Raid require a warning label for harmful chemicals. P&G will also need to gain a bigger foothold at home-improvement retailers like Home Depot and Lowe’s where many consumers tend to buy these products.

P&G has been under pressure to boost its sales growth, and has made some progress in this area, prompting Goldman Sachs late last month to upgrade its stock to buy from neutral. P&G shares are trading at about $113, up 43% over the past year. Goldman has a 12-month price target of $125 on the stock.