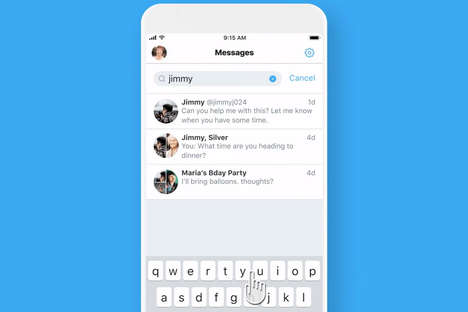 For those who can access the feature, a DM search bar appears, allowing users to search their recent direct messages. DM searching has been a long-requested feature on the platform, and with the test, it appears Twitter is taking some initial steps toward incorporating it. However, Twitter has not yet stated that it will have a wider roll-out of the feature.

DM search functions would allow users of the platform to better find old messages, without having to manually scroll. It would also allow better organization of a user’s inbox.