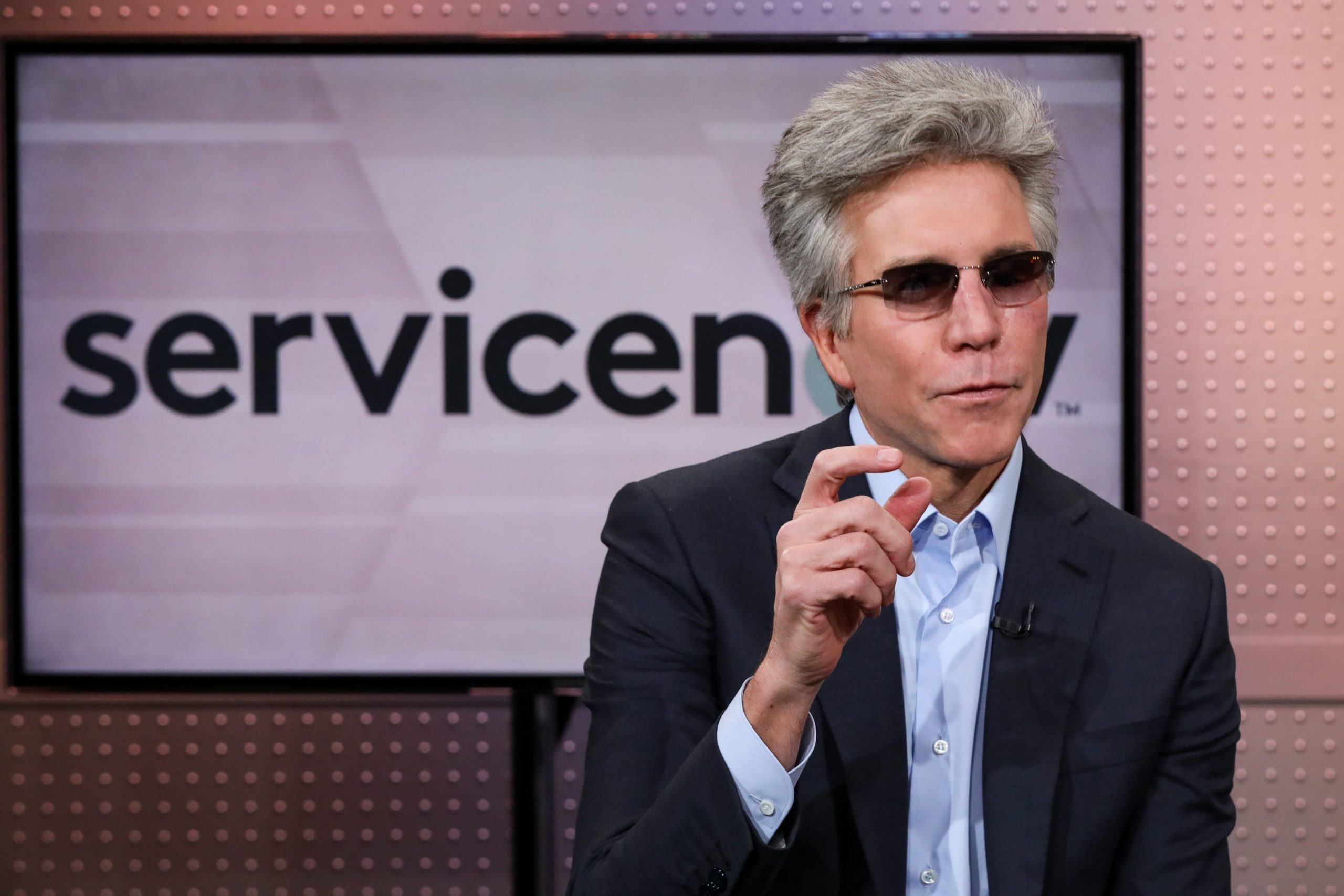 As businesses adopted new digital capabilities to operate amid the coronavirus pandemic, ServiceNow reached a milestone among a key client base, CEO Bill McDermott said on CNBC Monday.In the third quarter, the cloud services provider signed its 1,000th customer contract valued above $1 million annually — that’s double the number the company recorded a year ago.”We were probably about half of that [last year],” McDermott told “Mad Money” host Jim Cramer in an interview. “We’ve made quite a move into the C-suite.”ServiceNow, whose digital workflows have been a hot commodity among entities scrambling to adjust to the digital world, landed a number of large deals in the third quarter, which ended Sept. 30. Some of those enterprise contracts include the NBA, WNBA and Dell, as well as deals with federal and state governments.ServiceNow reported its best quarter among federal agencies, including nine federal customers with more than $10 million of annualized contract value, which measures the expected revenue of each customer each year.The Department of Veterans Affairs in April gave ServiceNow the largest deal on the company’s record, a five-year $96 million order to modernize the agency’s IT infrastructure. The company also counts the U.S. Air Force and U.S. Army among its clients.”Today, digital transformation is the opportunity of this generation,” McDermott said.Shares of ServiceNow rose 1.44% Monday to $533.25. The stock is up almost 89% this year.

Dr. Scott Gottlieb: ‘I will not eat indoors in a restaurant’ because the Covid risk is too high
Howard Stern extends long-running SiriusXM Radio deal for five more years
To Top
error: Content is protected !!
Top