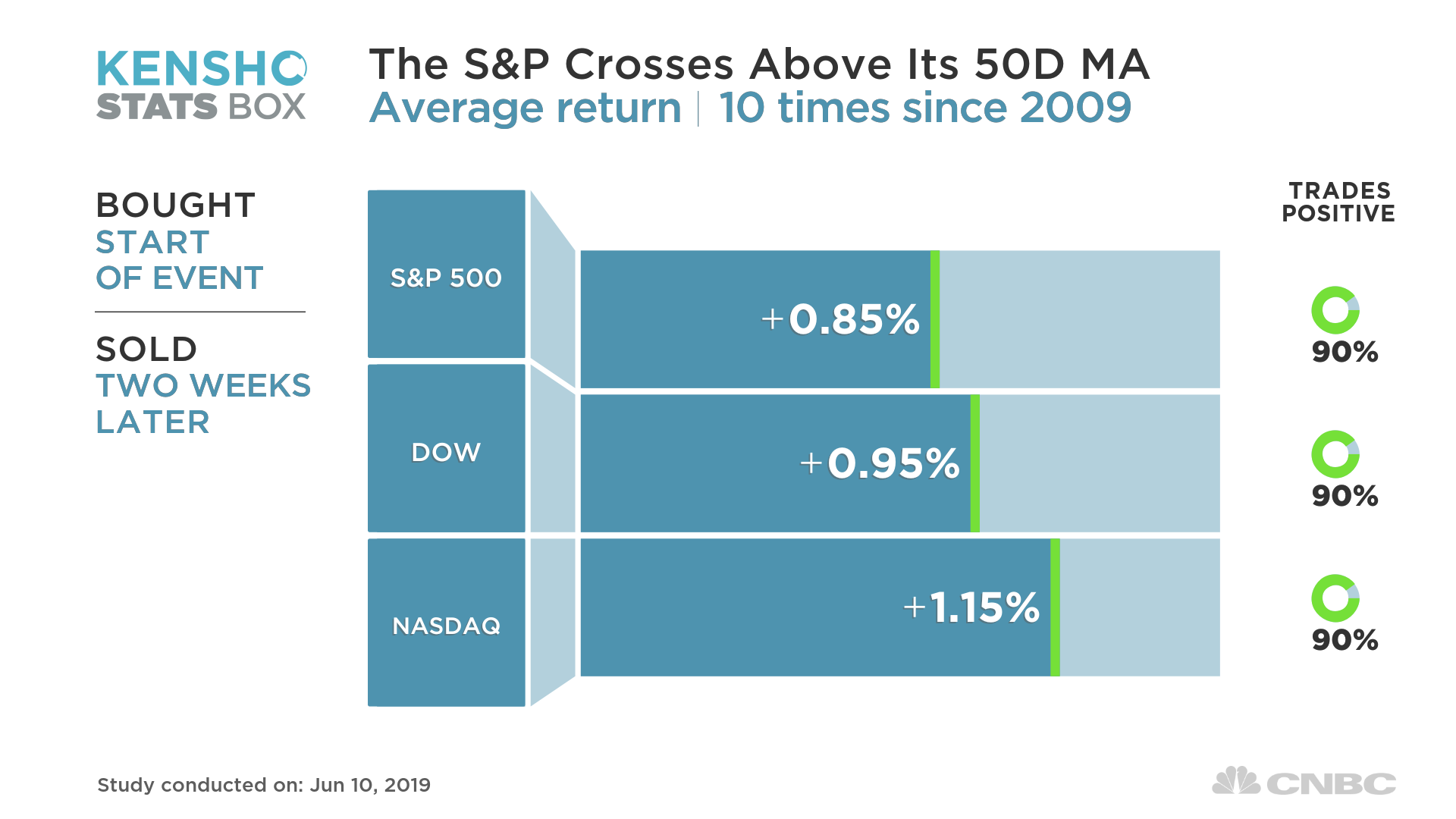 After logging its worst month since December, the S&P 500 bounced back to kick off the month of June, jumping 4.4%, its best week of 2019. In doing so, the index crossed back above its 50-day moving average.

Through Monday, the Dow was up for six consecutive days as it closed in on an all-time high. On Tuesday trading stalled, but a decade of market history centered on the S&P 500 chart suggests the run in stocks can continue.

Since 2009, the S&P has crossed above its 50-day moving average, a key technical level, on 10 other occasions (with a minimum of one month between episodes).

Two weeks after the S&P 500 crossed back over its 50-day moving average, the S&P, Dow Jones Industrial Average and Nasdaq Composite all tend to trade consistently higher — each a positive trade 90% of the time, according to a CNBC analysis of Kensho, a machine-learning tool used by Wall Street banks and hedge funds to identify trading opportunities from historical market patterns.

Among the top-performing sectors two weeks later: Industrials, materials and tech, all trading positively 90% of the time. 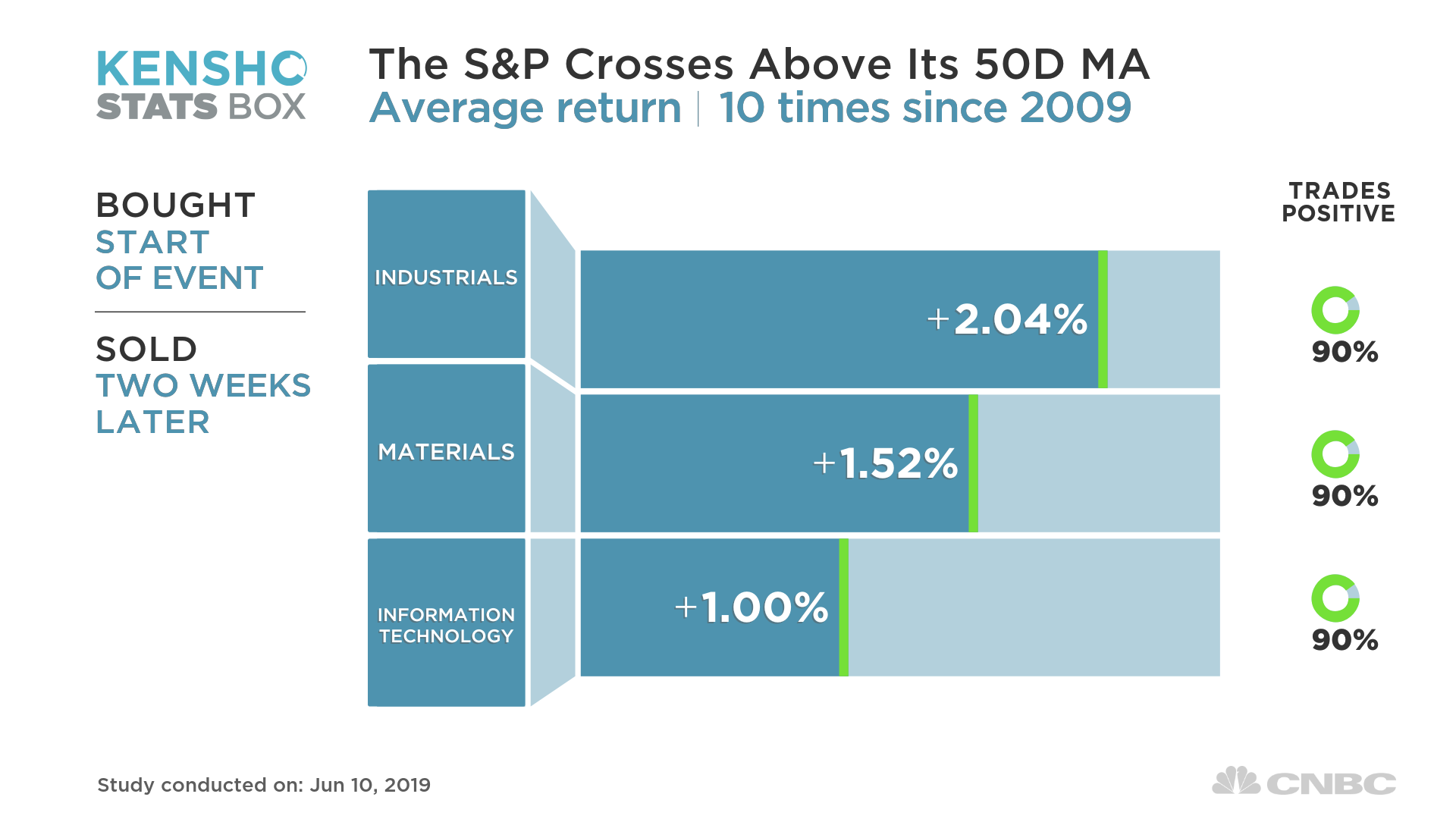