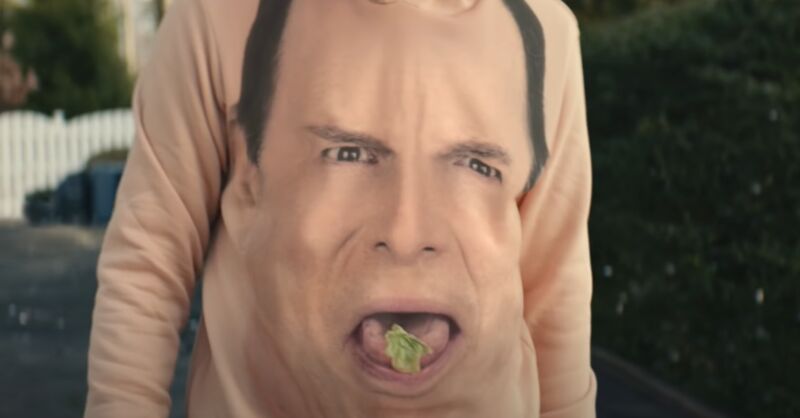 Tide has unveiled its 2021 Super Bowl ad, featuring a teen boy and his beloved Jason Alexander hoodie. At the beginning of the ad, the boy’s mom reminds him that it’s time to have the hoodie washed. The camera then reveals a beige hoodie that prominently features a portrait of the ‘Seinfeld’ actor across its front. The ad chronicles the journey the hoodie has gone on, showing the boy trying to pull it from his dog’s teeth, accidently getting garbage and gum on it, throwing a pair of dirty gym socks on it, and so much more. Meanwhile, the zoomed-in portrait of the actor is shown reacting to the different scenarios in horror. With the comedic commercial, Tide sends the message that “It’s dirtier than it looks,” and promotes its new Hygienic Clean Heavy Duty 10X Liquid Detergent.Image Credit: Tide