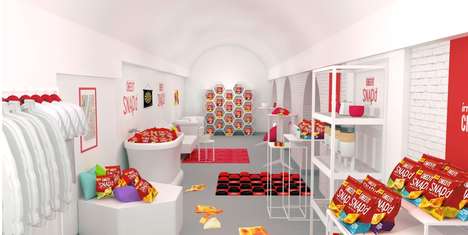 To kick off the launch of its new Cheez-It Snap’d snacks, Cheez-It set up a secret bunker in the United States that will help to keep one lucky fan protected from a potential “impending cheese shortage” thanks to the fact that its new snacks are flying off the shelves. The first person to locate the snack-filled bunker will be treated to not just a year’s supply of Cheez-It Snap’d but also a yearlong streaming service subscription, a flat-screen TV to go along with it and more.

In a few days, Cheez-It will begin teasing the location of the secret bunker on social media by sharing clues on Twitter. According to the brand, the coordinates of the Snap’d bunker are top-secret and it could be set up in a cellar, a cave or even a retired subway tunnel.