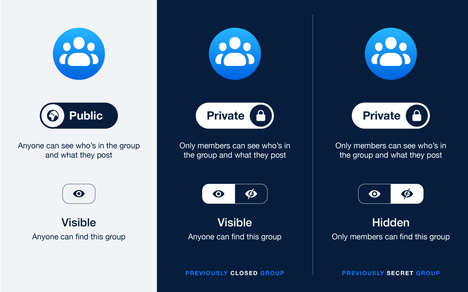 Facebook has made its group privacy settings simpler, with the change intended to make it easier for users to understand the different setting options. Previously, users could select closed groups, public, or secret groups. Now, Facebook users will simply choose between two group privacy settings, which are public or private. The company has stated that this will make it easier for users to know if the group is searchable or not.

In private groups, only those invited to the group will be able to see its content, while group admins will be in control of who can discover the group.

Mark Zuckerberg indicated at a previous F8 developers conference that private groups would become a more integral part of the platform in the future.