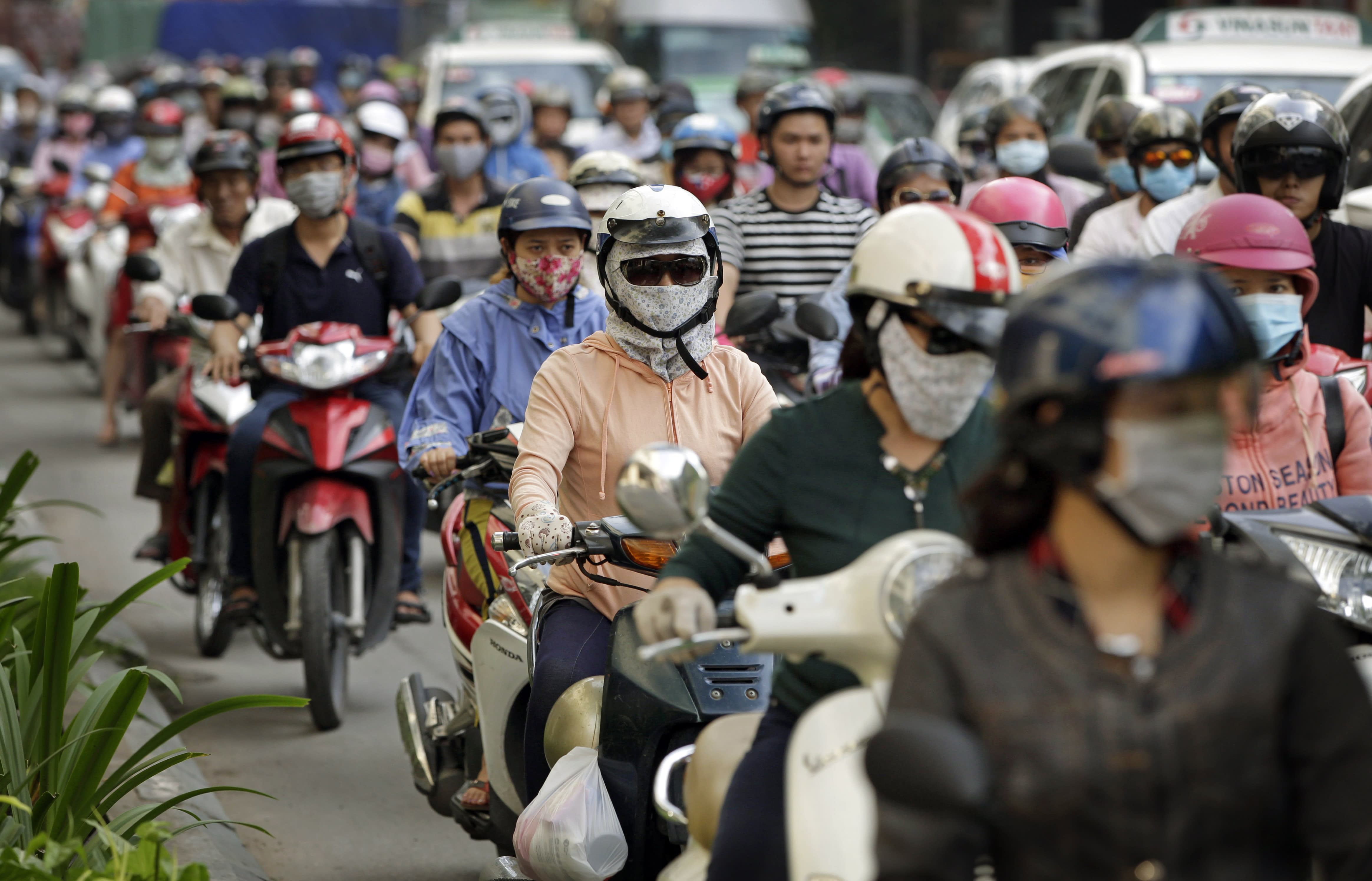 Scooter drivers in Ho Chi Minh City on November 01, 2016.Thomas Koehler | Photothek | Getty ImagesSoutheast Asia potentially will face more severe consequences of climate change than other parts of the world, according to the business and economic research arm of consulting firm McKinsey.Climate change is a critical challenge that Southeast Asia must confront as the region seeks to expand its economy and remain a key engine of growth for the world, McKinsey Global Institute said in a report.Asia as a region faces hazards including flooding, drought, severe typhoons as well as conditions of rising heat and humidity.The coronavirus pandemic is “highlighting the importance of risk and resilience to lives and livelihoods, and as the world focuses on recovery, it is important to not lose sight of the role that climate plays,” Jonathan Woetzel, a director at McKinsey Global Institute who is leading the research, said in a statement. “Asia faces climate hazards with potentially severe socioeconomic impacts, and thus has a keen interest in playing a front-line role in addressing the challenges,” Woetzel said. In addition to the impact on Southeast Asia, the research also outlines the potential impact of extreme weather on countries like Bangladesh, India and Pakistan — a region they termed “Frontier Asia.””We estimate that by 2050, between 500 million and 700 million people in Frontier Asia could live in regions that have an annual probability of a lethal heat wave of about 20 percent,” said the report. Coastal flooding made worse by rising sea levels is a severe risk around the world and reports have estimated trillions of dollars could be on the line from damaged assets in the future. Flooding not only damages infrastructure but sometimes contaminates sources of drinking water. Economy on the lineBy 2050, between $2.8 trillion and $4.7 trillion of gross domestic product in Asia will be at risk every year from a loss of effective outdoor working hours due to higher temperatures and humidity, according to the report.Asian countries with lower levels of per capita GDP would be at most risk and the poor will be hit hardest, the McKinsey report said. That’s because they are more exposed to extreme climates than the wealthy, relying more on outdoor work and natural capital, and may have fewer financial means to adapt. McKinsey also highlighted some of the potential climate hazards that countries in Southeast Asia face. They were referred to as “Emerging Asia” in the report, and consist of Cambodia, Indonesia, Laos, Malaysia, Myanmar, the Philippines, Thailand and Vietnam.Countries in the region are set to experience an increase in heat and humidity. By 2050, in an average year anywhere between 8% and 13% of GDP could be at risk in those countries due to rising heat and humidity. Chances of extreme precipitation could increase three- or four-fold by 2050 in Indonesia.While flooding is a common occurrence in Vietnam’s Ho Chi Minh City, resulting infrastructure damage could mount up to between $500 million and $1 billion by 2050, with knock-on costs ranging between $1.5 billion and $8.5 billion. Building resilient infrastructureOne advantage that Southeast Asia, and more broadly many developing parts of Asia, has is that infrastructure and urban areas are still being built, McKinsey said. That gives countries a chance to build infrastructure that are more resilient to extreme climate changes and can withstand severe events. “Like all parts of the world, Asia can also contribute to reducing emissions; climate science tells us that further warming will continue until net zero emissions are reached,” the report said.”If policy makers and business leaders can harness the region’s innovative spirit, talent, and flexibility, Asia could lead a global response to climate risk by adapting and by mitigating the most severe potential consequences,” it added.

‘The death toll would be enormous,’ Fauci says of herd immunity to coronavirus in the U.S.
Fostylen: Elvira Gavrilova announced the rebranding of her Financoff business gloss
To Top
error: Content is protected !!
Top