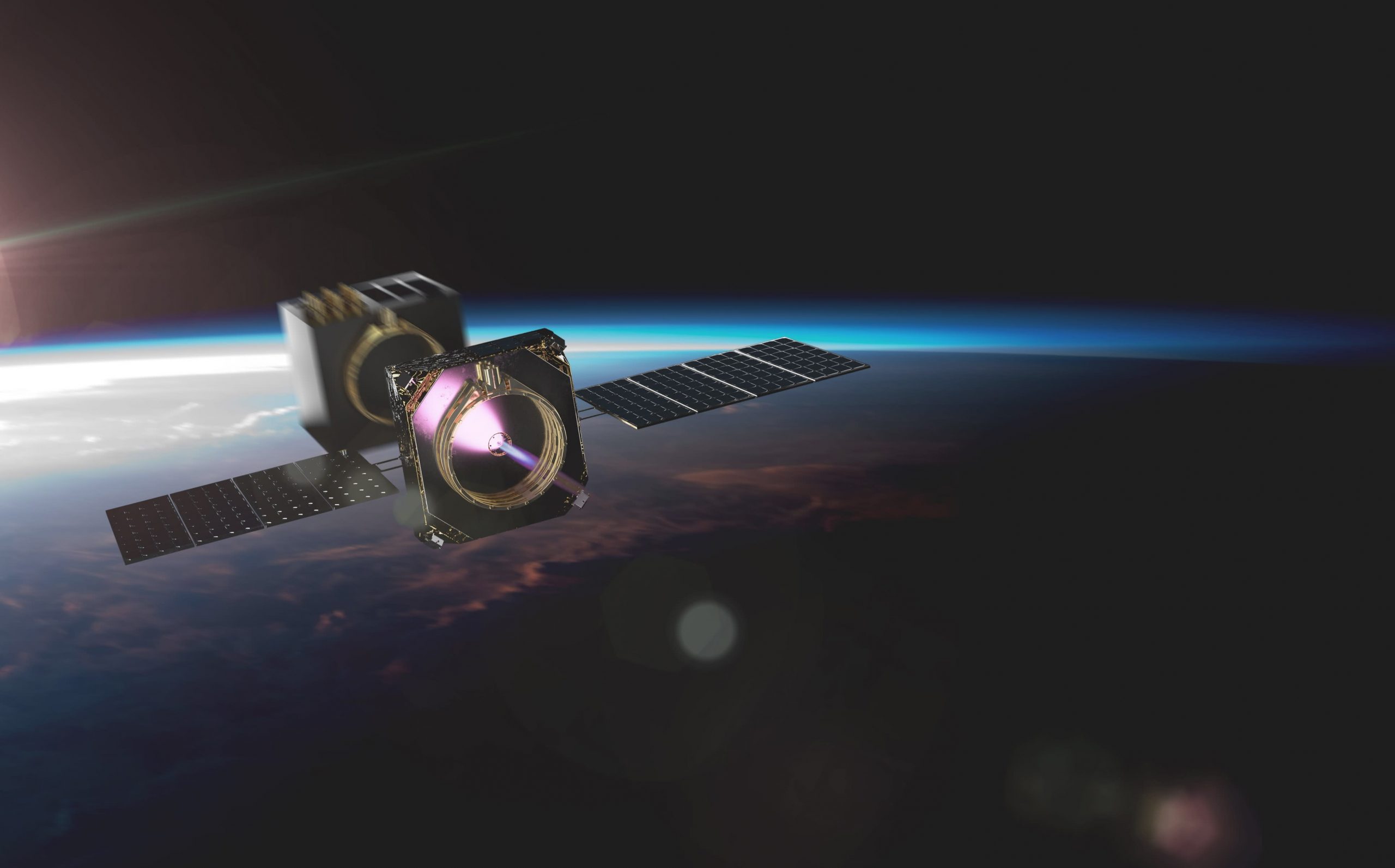 An artist’s rendering of a Momentus Vigoride transfer vehicle deploying satellites in orbit.MomentusSpace company Momentus debuted on the Nasdaq on Friday, completing a nearly year-long and turbulent merger process that resulted in a new CEO and the departure of its founders.”In terms of value for investors, I think we’re well positioned to meet some big market trends,” Momentus CEO John Rood, who began leading the company on Aug. 1, told CNBC. “There is a need for what we provide.”Momentus stock dropped as much as 9% in trading from its previous close of $10.97 a share.The company this week completed its merger with Stable Road Capital, a special purpose acquisition company, or SPAC. A SPAC raises money from investors through an initial public offering and then uses the cash to acquire a private company and take it public.Momentus’ road to the public market has been embattled on multiple fronts, with missions now delayed to mid-2022 at the earliest. National security concerns about its Russian co-founders, former CEO Mikhail Kokorich and Lev Khasis, led to both selling their stakes – in exchange for “roughly $40 million,” Rood said – and leaving the company.Momentus’ valuation was then cut in half, from $1.1 billion to $567 million. And then, last month, the firm and Stable Road settled charges from the Securities and Exchange Commission that the companies misled investors and falsified the results from a 2019 prototype spacecraft test, paying about $8 million in civil penalties.The company was expecting to have $310 million on its books to grow after the SPAC merger, but its revised agreement with Stable Road reduced that cash to about $150 million “to fund our operations,” Rood said.”We think that gives us ample runway to go do our additional development work, to staff up, and some of the other things that we need to do,” Rood said.Rood described Momentus as an “early stage technology company,” as it is now testing a new variation of its water-based plasma engines, called the Microwave Electrothermal Thruster. The company told CNBC that its longest single firing of one of these engines during ground testing was 9.7 hours in a vacuum chamber, “significantly longer than what we anticipate requiring for any single firing on-orbit.”The thruster is critical to Momentus’ business plan, which involve delivering satellites from rockets to specific orbits using a spacecraft called Vigoride. The spacecraft consists of a frame, an engine, solar panels, avionics and a set of satellite deployers and is especially designed for satellites that hitch a ride on large rockets, an increasingly popular industry practice called ridesharing.The company had planned to launch its first Vigoride mission earlier this year, but the ongoing national security review led to the spacecraft’s removal from SpaceX rideshare launches. The delay has also led to Momentus losing customers, with its backlog of contracts dropping to $66 million from $90 million.KokorichFormer CEO Kokorich has reportedly left the country, and has not settled the SEC’s charges against him.”We don’t have any business dealings with Mikhail Kokorich or the other founders of the company. In fact, our national security agreement with the Defense Department prohibits that,” Rood said.Asked whether Momentus or any of its team are communicating with Kokorich since he left, Rood said the conversations are not in a professional or technological capacity.”If they are [talking to Kokorich], it’s of a social nature and we’re required to log it,” Rood said.Looking aheadAn artist’s rendering of a Momentus Vigoride transfer vehicle deploying a satellite in orbit.MomentusWhile Momentus has overhauled its financial forecasts, the company still has an ambitious target of more than $2 billion in revenue by 2027. The company booked no revenue last year, expects the same this year, and just $5 million in 2022.The company expects to be profitable on an EBITDA basis by 2024, a goal that will require Momentus fly 26 missions that year. Rood said Momentus – while it works to resolve the Pentagon’s concerns and acquire a launch license – has built two Vigoride spacecraft and will work on more as it finishes testing.”We’re in the process of assembling and testing and qualifying additional Vigoride vehicles,” Rood said.Momentus’ early missions will function as both tests of Vigoride and carrying paying customers’ satellites, he noted. The company is discounting its pricing for those customers.”We are trying to make it more attractive for customers early on,” Rood said.An additional key to Momentus’ success is the availability and cost of launches, with the former having steadily increased and the latter decreased in recent years – largely due to the rideshare launches Elon Musk’s SpaceX is offering on its Falcon 9 rockets.”We have an agreement with SpaceX and we’re at the stage … where we can get the green light from the federal government for our launch licenses, then we’ll be able to book a manifest on a SpaceX rocket and go with them,” Rood said.Its partnership with SpaceX is “very valuable and something that we prize,” Rood added. But Momentus cannot be dependent on just one means of getting to space, so Vigoride is designed to be “launch vehicle agnostic,” Rood said, and “there are other providers that we are talking to.”Become a smarter investor with CNBC Pro.Get stock picks, analyst calls, exclusive interviews and access to CNBC TV. Sign up to start a free trial today.

China’s zero-Covid policy is so strict that it shut down a whole shipping terminal after just one case
Mississippi seeks doctors, nurses and ventilators as Covid patients pack ICU beds
To Top
error: Content is protected !!
Top