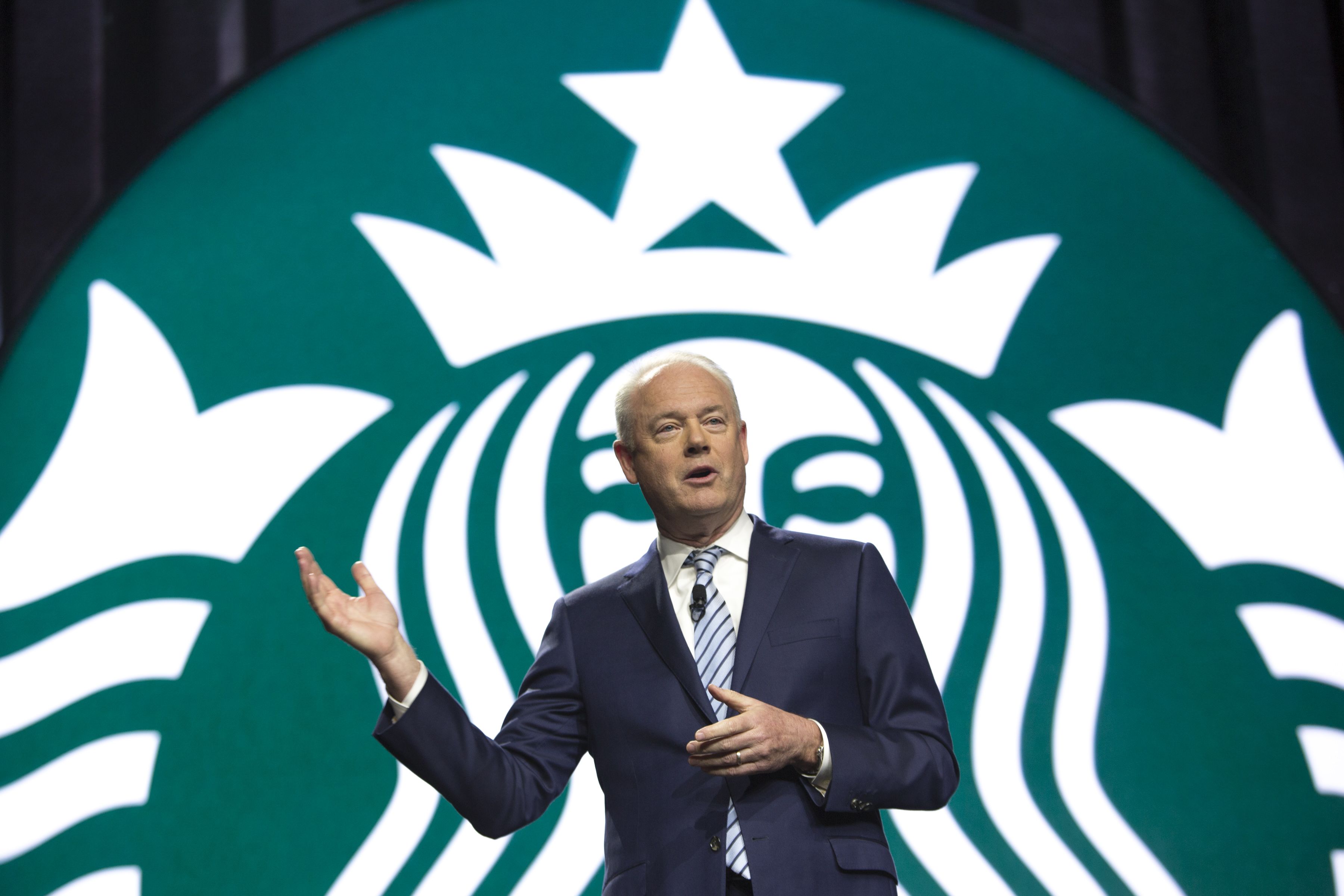 Starbucks CEO Kevin Johnson said Friday that the company’s rivals are focusing on short-term gains, while Starbucks is pursuing a more sustainable plan for growth.

“Some of those competitors are competing through heavy, heavy discounts that we don’t believe are sustainable,” Johnson said Friday on CNBC’s “Squawk on the Street. “

Luckin Coffee, the Seattle-based company’s primary challenger in China, is competing for customers by focusing on convenient pick-up and discounted drinks. The company recently filed for an initial public offering on the Nasdaq. In its filing to go public, Luckin said that it expects to continue to invest heavily in discounts and deals.

Luckin is trying to beat Starbucks by surpassing it in the number of stores in China. Starbucks opened its first store in the country 20 years ago and is forecasting 600 new locations in 2019 as part of its goal to hit 6,000 Chinese stores by fiscal 2022. Meanwhile, the Chinese upstart has opened 2,370 locations in the 18 months since the company was established and plans to open 2,500 this year.

Starbucks shares were down 1% Friday morning after the company reported fiscal second-quarter results after the bell Thursday. While Starbucks’ earnings beat estimates, sales fell slightly short of Wall Street’s expectations. Same-store sales growth of 3% in China beat estimates, but traffic to those locations once again declined.

With the increased competition in China, Starbucks has added delivery to more than 2,100 stores in the country through a partnership with Alibaba. It has 8.6 million active loyalty program members and plans to add mobile order and pay to China by the end of the year.

“We are not only driving the transaction growth and engaging new customers, but we are also generating the return on invested capital that we believe is sustainable to continue to build new stores at this rate for many, many years to come,” Johnson said.

He told analysts Thursday on the quarterly conference call that Starbucks wins in China because of its premium quality.

“While some investors may be concerned about competition in China, we remain optimistic about SBUX’s ability to maintain market share and think the Alibaba relationship offers still largely untapped growth opportunity,” Jefferies analyst Andy Barish said in a research note.

Jeff Bezos’ Blue Origin Shackleton photo tweet may be lunar outpost
Here are the spots with the best weather for retirement
To Top
error: Content is protected !!
Top