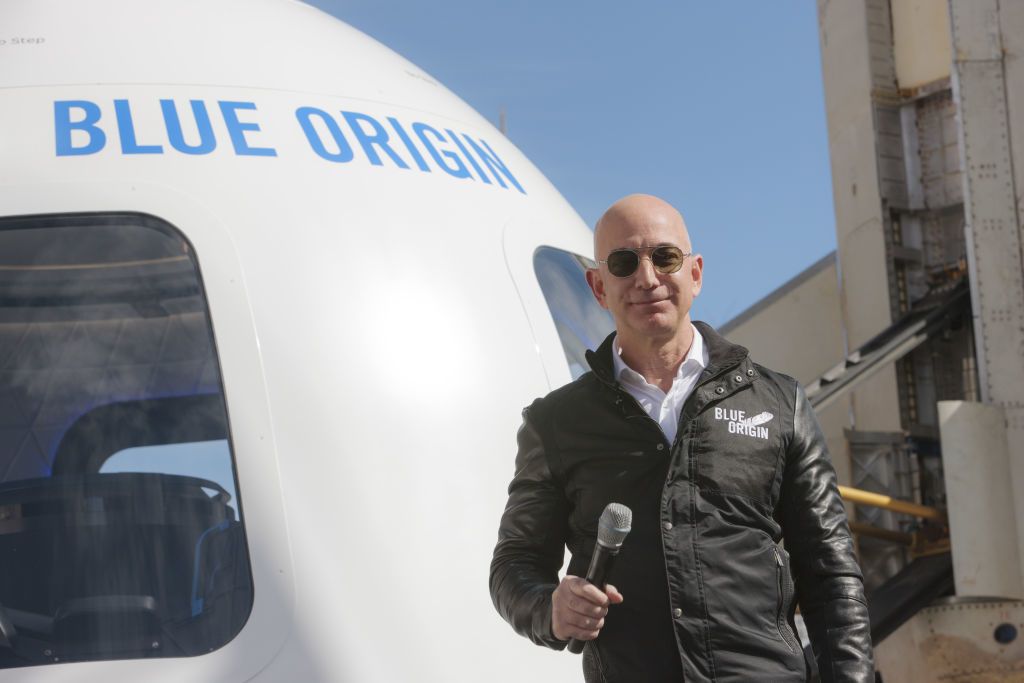 But, with only the date of May 9 in the photo’s caption, the company left the context for the post unexplained. One likely meaning is the possible connection between Shackleton’s expedition and Blue Origin’s bid to send astronauts back to the surface of the moon.

The photo is of Shackleton’s ship “Endurance” during the explorer’s attempt to make the first land crossing of the Antarctic more than a century ago. But Shackleton is also the name of a crater on the moon’s surface. And it’s not just any crater. NASA named the crater for the famed explorer in 2006 due to its potential as a lunar outpost. Located at the moon’s south pole, the Shackleton crater is believed by many to have deposits of frozen water.

The presence of “water ice,” as NASA calls it, is key to any plans of returning to the moon. Bezos talks often about how he wants to return human beings to the surface of the moon and, like NASA administrator Jim Bridenstine also says, do so with a permanent presence.