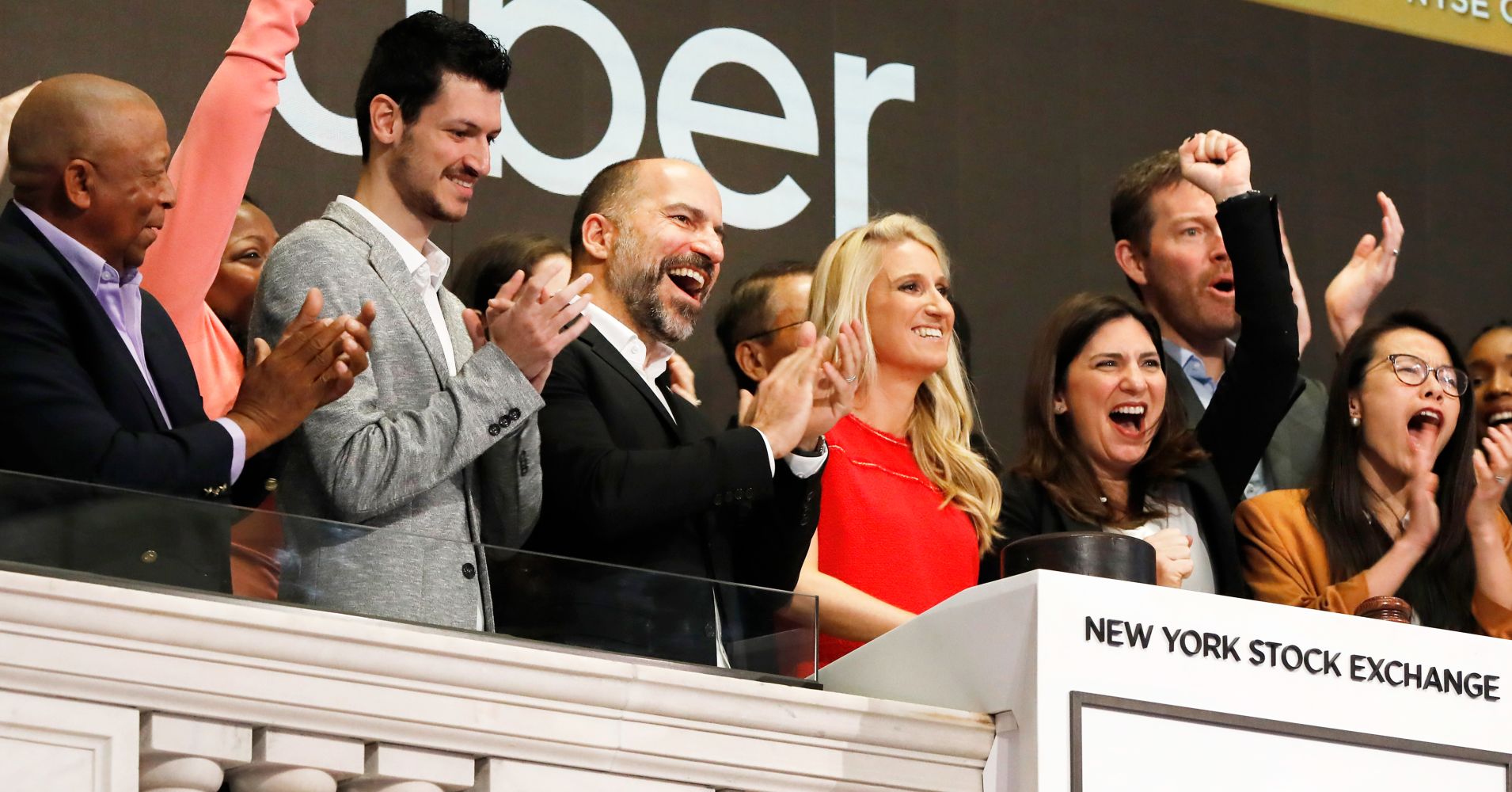 Uber’s chief financial officer, Nelson Chai, said, “this was a tough day” on the market in an interview on CNBC after the stock began trading. Asked whether executives considered delaying the initial public offering as a result of the conditions, Chai said, “I don’t think that we’re smart enough to try to judge the market. … We weren’t optimizing to have the best opening price or the opening day. We’re really looking for how the stock continues to trade over time and that’s what we’re building for.”

Uber is now the second ride-hailing company to hit the U.S. public market, following Lyft’s debut in March. Both companies have been heavily scrutinized for continuing to post big losses, but many investors are also intrigued by the entrance of the new industry onto the public exchange. As Uber began its first day of trading, Lyft’s stock was down more than 7%.

Lyft’s poor performance on the public market somewhat dampened expectations about Uber’s IPO, as Lyft’s stock plummeted more than 20% from its IPO price. Uber CEO Dara Khosrowshahi said in an interview with CNBC’s Andrew Ross Sorkin on “Squawk Box” Friday that Lyft’s performance “led us to be a bit more conservative.”

But analysts saw a promising path to profitability in Lyft’s first quarterly earnings report after the company showed strong growth in active ridership and revenue per active rider. Executives said on the earnings call Tuesday that the ride-hailing market overall is beginning to become more rational, limiting the need for driver incentives.

Like Lyft, Khosrowshahi said 2019 should be the company’s peak year for losses. Uber has been comparing itself to Amazon in its pitches to investors, which also infamously was not profitable at its IPO. While some analysts are dubious of the comparison, they also recognize investors’ fear of missing out on the next big thing. In his CNBC interview, Khosrowshahi said he stands behind the comparison despite the differences between the two companies at their IPO.

“It’s a fair comparison at the wrong time,” Khosrowshahi said. “So a lot of private companies now are holding off much longer before they go public. We are much bigger, much more mature as a company as we go public, and if you do look at the growth rates, our audience is growing 33% on a year-on-year basis, transactions are growing 36%. To be able to grow transactions 36% on a $50 billion base is pretty incredible, and we hope to keep it going.”

Even with shares priced toward the low end of its target range, Khosrowshahi is unconcerned with reaching those goals.

“I wasn’t expecting it any time short term,” he told CNBC. “I’m here to stay. I’m here to build a big company. That compensation term is not about a single day, it’s about what value you create over 10 years, and over 10 years, absolutely I expect to get there.”

One person who was missing from the dais at Uber’s debut was Travis Kalanick, its co-founder and former CEO. Kalanick, who was ousted from the company after accusations that he helped foster a hostile and inappropriate environment at Uber, was nearby with his father at the company’s start of trading on the floor of the NYSE.

Correction: A previous version of this article misstated the value of Uber CEO Dara Khosrowshahi’s net stock bonuses if he keeps Uber’s valuation above $120 billion for 90 consecutive days.

Watch: Why Uber is losing money and what it will take to become profitable