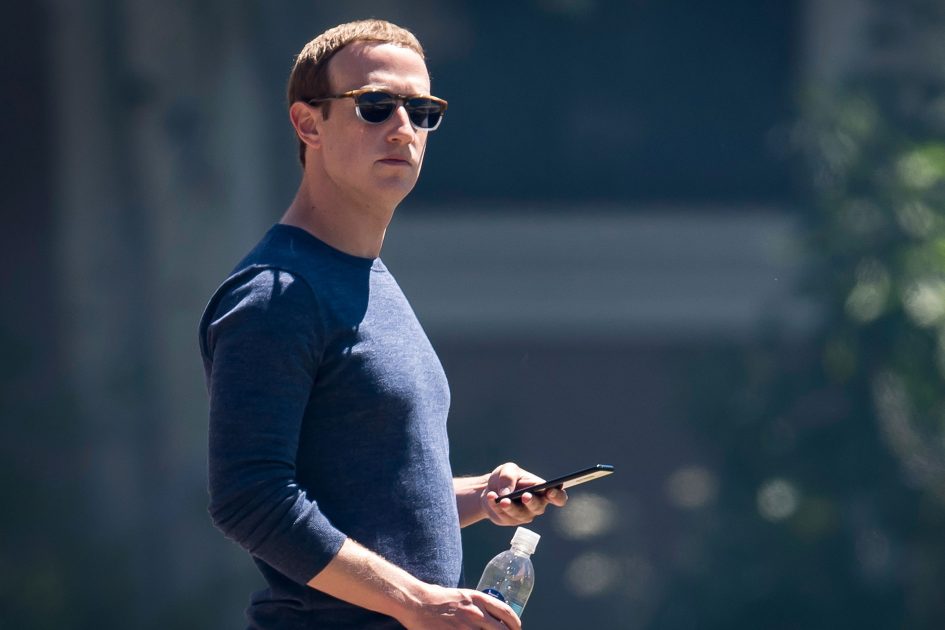 Mark Zuckerberg, chief executive officer and founder of Facebook, holds his phone after the morning session at the Allen & Co. Media and Technology Conference in Sun Valley, Idaho, July 13, 2018.

Kellogg — Kellogg rose 2.3% on Friday after Goldman Sachs upgraded the consumer staple company to buy from neutral. The analysts said in a note to clients that they expected organic growth to accelerate and for margins to increase. Kellogg’s MorningStar Farms line of alternative meat products should also benefit from consumer enthusiasm for products like Beyond Meat, the analysts said.

Facebook — The social media giant fell 2% after the New York general attorney announced it would be investigating the company for antitrust violations. Facebook is already being probed by the Federal Trade Commission over antitrust issues.

CrowdStrike — Crowdstrike stumbled after its earnings report, falling more than 10% despite positive results. The company beat expectations for earnings and revenue, according to estimates from Refinitiv. The company also raised its full year revenue guidance to a range of $445.4 million to $451.8 million from between $430.2 million and $436.4 million. Credit Suisse analysts noted that”despite results, guidance is perhaps not enough to keep a floor under CRWD’s premium multiple.”

DocuSign — Shares of DocuSign soared more than 18% after the cloud company topped expectations for revenue in its second quarter and raised guidance. Subscription revenue rose 39% compared with the same quarter last year. It also raised full-year revenue guidance to a range between $947 million and $951 million, up from between $917 million and $922 million.

Costco — Costco jumped 2% after it reported an August same-store sales increase of 5.5%. The Issaquah, Washington-based wholesaler explained in a pre-recorded phone message that departments with the strongest results were candy, liquor and delicatessen, but that stronger performance also came from automotive and sporting goods.

Grubhub — Grubhub jumped 2% in afternoon trading after the company announced a delivery partnership with McDonald’s. The new venture will make the fast-food chain available in 500 locations across New York City and the Tri-State area.

– CNBC’s Elizabeth Myong and Jesse Pound contributed to this report.