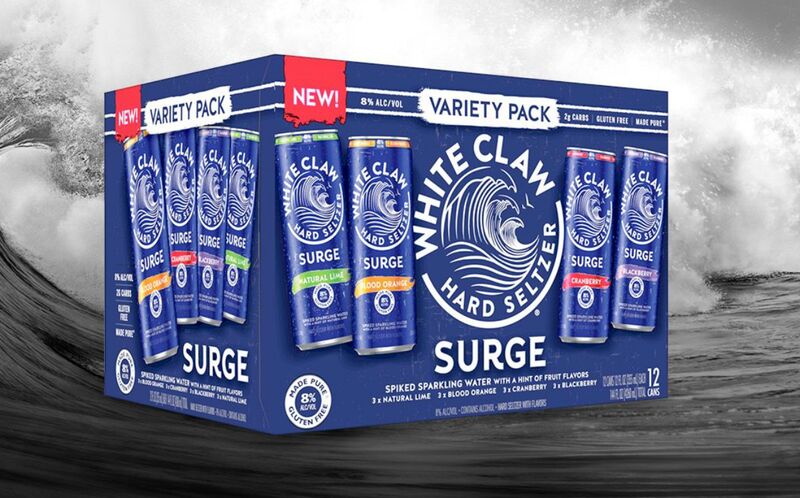 The White Claw Surge Variety Pack is launching by the brand as its first-ever variety pack of its higher alcohol refreshment that will provide consumers with an option that’s perfect for enhanced value and more. The pack contains 12 cans of the 8% ABV hard seltzer, and introduces two new flavors including Natural Lime and Blackberry to provide consumers with more flavor variety to choose from. The drinks come in 12-ounce single-serve cans as well as a larger option in a 16-ounce can pack.Chief Marketing Officer of White Claw John Shea spoke on the new White Claw Surge Variety Pack saying, “Consumer response to our initial Surge announcement was tremendous, with news trending across social media back in April for our launch. Surge is a stronger wave of refreshment at 8% ABV and still only 2g carbs. The initial launch featured two single-serve flavours – Cranberry and Blood Orange – that have become among the fastest-selling single-serve seltzers. Based on the overwhelming demand and consumer interest, we’re now set to expand into a 12pk variety pack with two more flavours – Blackberry and Lime.”