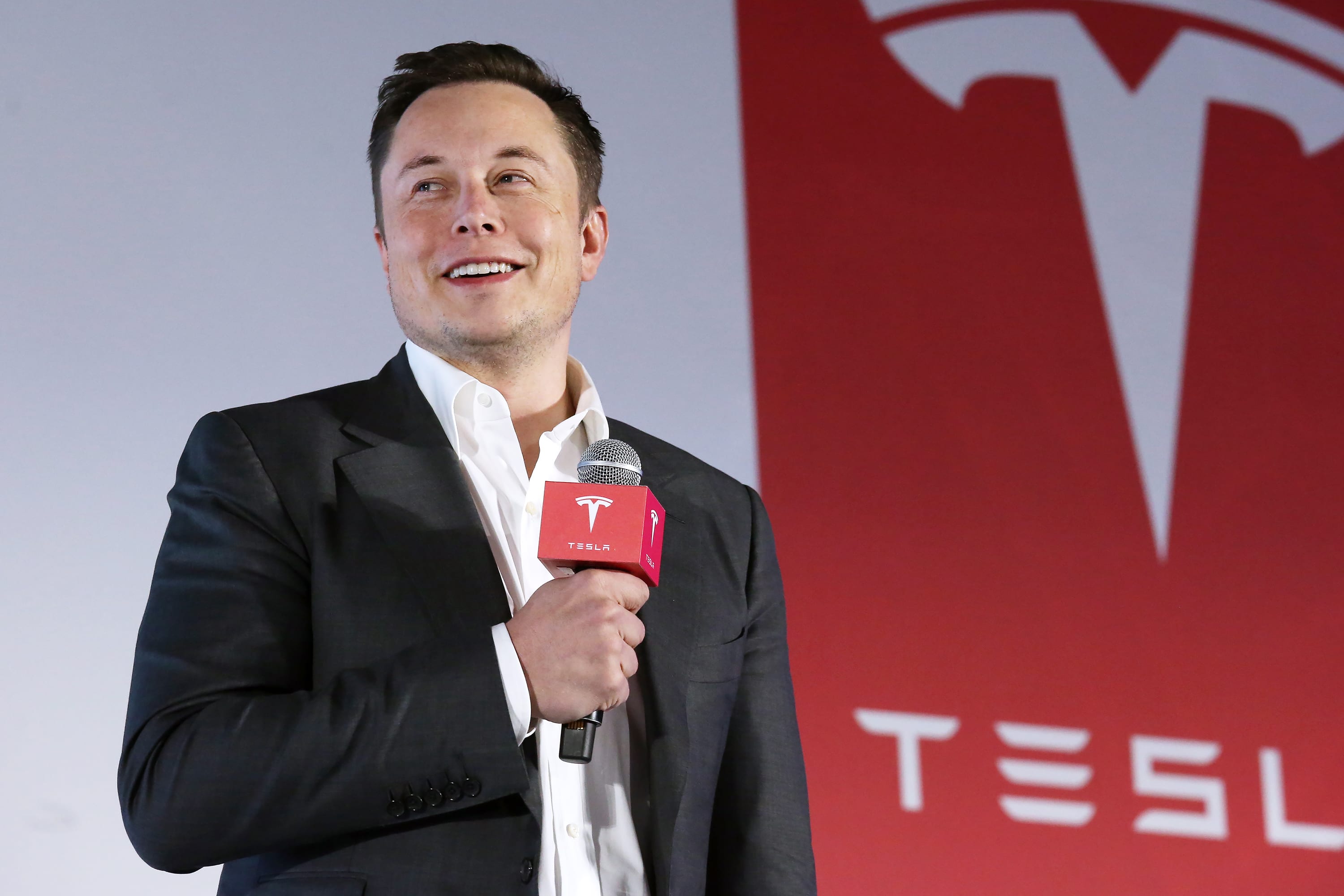 Amid Tesla’s record rise that has seen shares soar to new highs, the company said Tuesday that it will sell up to $5 billion in stock.The additional shares will be sold “from time to time” and “at-the-market” prices, a filing with the Securities and Exchange Commission said. Banks will sell shares based on directives from Tesla.The stock retreated from its premarket high following the news, and last traded about 0.5% higher.Tesla shares have been on fire this year. Through Monday’s close, the electric car maker has gained nearly 500% in 2020. In the last year, shares have gained 1,004% compared with the S&P 500’s 20% rise.Tesla’s run-up has only gained steam since the company announced its 5-for-1 stock split on Aug. 11. In that time, Tesla shares have rallied 81.3%. That gain includes a 12.6% pop on Monday, when the split took effect. This is despite the fact that stock splits are purely cosmetic, meaning nothing about the company’s underlying business changes.Tesla’s market cap now stands around $464 billion, according to FactSet.Wedbush analyst Dan Ives called the capital raise a “smart move,” citing strong appetite among investors to “play the transformational EV trend through pure play Tesla over the coming years.”Musk is “raising enough capital to get the balance sheet and capital structure to further firm up its growing cash position and slowly get out of its debt situation, which throws the lingering bear thesis for Tesla out the window for now,” he added. Wedbush has a neutral rating on the stock and a base target of $380.Part of Tesla’s share appreciation is due to the company reporting its fourth straight quarter of profits in its quarterly report on July 22, which qualifies the electric auto maker for inclusion in the S&P 500. Tesla also posted better-than-expected second-quarter vehicle deliveries.Still, the rate at which investors have piled into the Elon Musk-led company has left many on the Street puzzled.Miller Tabak chief market strategist Matt Maley warned that shares are due for a pullback. Those “who buy stock in TSLA on the new $5bn equity distribution they announced this morning are going to get burned,” he said.”Even if this stock rallies a bit more over the next week or two, it’s going to be trading at least 30% below today’s level before the end of the year in our opinion,” he added. On Monday night RBC reiterated its underperform rating on the stock, calling the automaker “fundamentally overvalued.” That said, the firm did raise its price target from $170 to $290.- CNBC’s Fred Imbert contributed reporting.Subscribe to CNBC PRO for exclusive insights and analysis, and live business day programming from around the world.