The fundamentals of evaluating stock moves 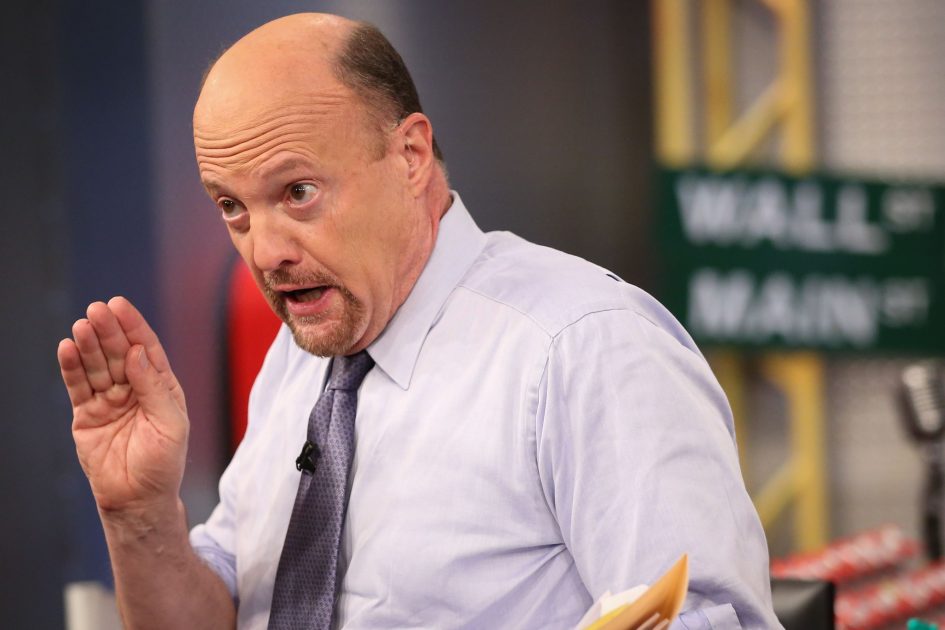 Stock trading is an endeavor that requires a lot of work to maximize an investment.

The process of researching and timing the market in itself is a full-time job, CNBC’s Jim Cramer said. On Monday, the “Mad Money” host revealed the safest way that the average person can own stocks on a part-time effort.

“If you’re trying to be an investor who doesn’t need to stare at the tape all day long, it’s nobler in the mind to suffer the slings and arrows of outrageous fortune,” Cramer said.

When it comes to making profit on an investment, perfection is not necessary, he said. Instead of spending too much energy in timing every move on the market, investors should focus on getting a return on investment.

“You don’t need to be perfect at managing your money, you just need to be good enough … ” Cramer said. “That means you shouldn’t waste your time trying to anticipate every little gyration in the market. It’s too darn difficult and will rarely prove to be worth it.”

In order to find success on the market, the host offered three keys to get started:

“There’s no point in trying to buy or sell stocks at the perfect moment. Nobody’s that talented,” Cramer said. “You need to accept results that are good enough, rather than trying to chase perfection.”

“You need to keep researching your companies after you own a piece of them, and if something goes terribly wrong, you’ve got to bail,” he said. “I think it’s a good idea to buy stocks slowly on the way down and sell them gradually on the way up.”

“You want to be an investor, not a trader. You think you can time things perfectly and flit in and out, but most gains occur in concentrated bursts and you’re liable to miss them if you’re on the sidelines,” Cramer said. “Again, if you’ve got the time and the inclination to trade, that’s great. However, most people don’t.”

Traders and financial professionals work on the floor of the New York Stock Exchange (NYSE) ahead of the closing bell, June 21, 2019 in New York City.

Cramer urged that investors should do their homework when they get seemingly “lucky” and their stock picks rally.

That one step could be the difference between protecting those gains and giving up the ghost.

“It’s very helpful to understand why a stock you like is going up or down. When you have a win, don’t lazily assume that simply [you] got it right,” the host said. “Think about what it means if you were merely in the right place at the right time, and proceed with caution.”

React to signals, not noise

Traders Gregory Rowe (R) and Peter Tuchman work on the floor of the New York Stock Exchange (NYSE) ahead of the closing bell, June 21, 2019 in New York City.

Investors should take a look at a company’s fundamentals in order to decipher a “signal” from the “noise” in a particular stock’s moves on the market, Cramer.

A signal means that a stock will keep running in the same direction. Noise, on the other hand, is just noise, which could be a one-time occurrence.

“Don’t put too much significance on day-to-day gyrations in the share price,” the host said. “Sometimes you can extrapolate a great deal from a big move in an individual stock, but more often it’s telling you something you already know or it’s just noise that means nothing.”

Think outside the group

Cramer said good investors don’t stress about the same things that everyone else on the market is concerned about. Oftentimes sentiment has already been baked into the stock price.

“Instead, you should worry about the things other people don’t seem to care about, because the real threat is the one you don’t see coming,” he said.

Watch out for the IPO bubble

Uber co-founder Ryan Graves (right) stands with CEO Dara Khosrowshahi on the floor as he rings a ceremonial bell signifying the first trade as the ride-hailing company Uber makes its highly anticipated initial public offering (IPO) on May 10, 2019 in New York City.

The stock market gets energized when companies make their public debut on Wall Street, but a wave of IPOs — initial public offerings — flood the market investors should be extra careful, Cramer said. It pays to be cautious.

“The IPO cycle tends to start out strong and generate a lot of euphoria, but then it burns out and all the new stock supply can really weigh on the market,” he said. “Just keep that in mind the next time you get excited about a bunch of red-hot deals.”