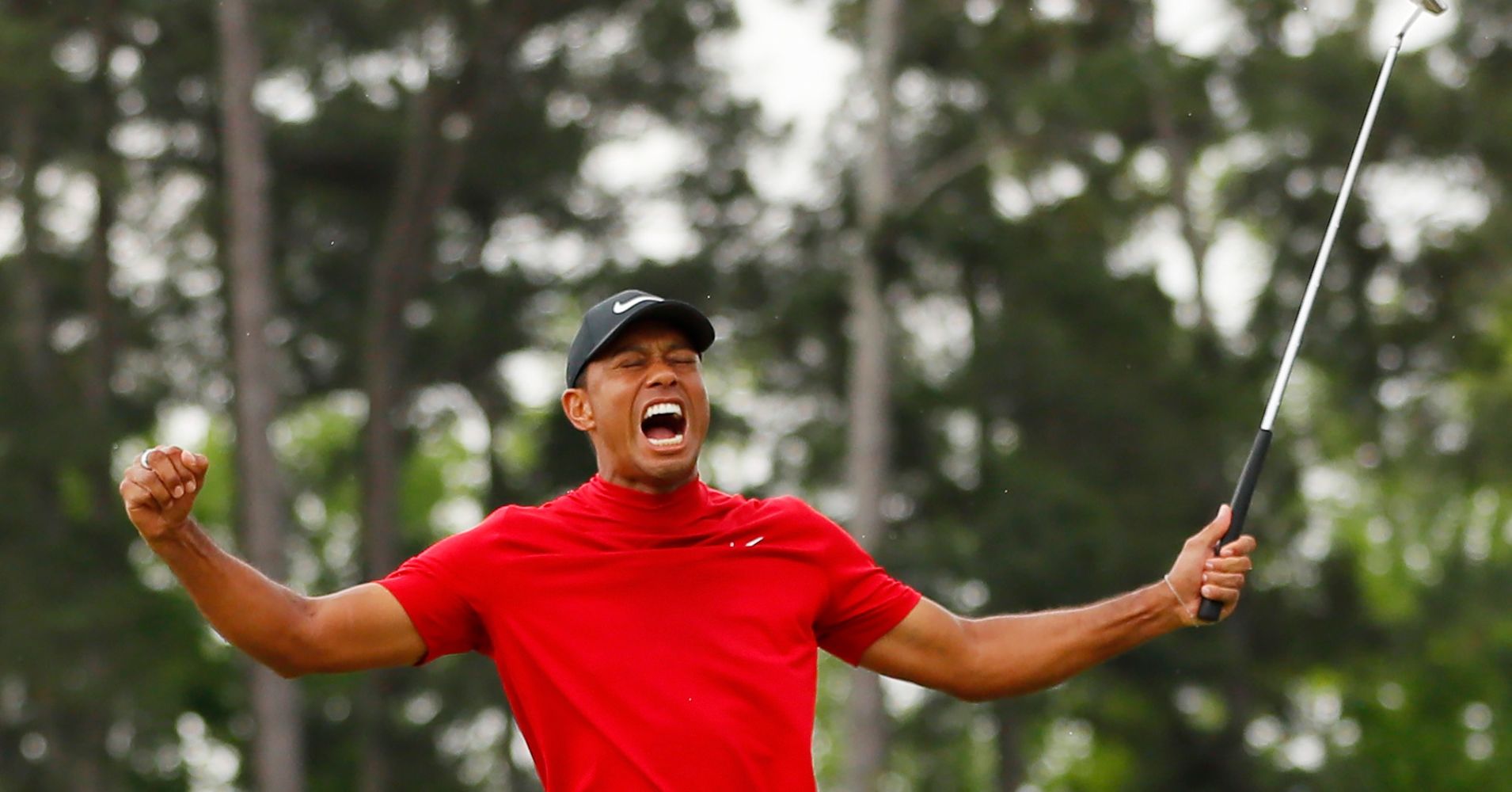 The golfing industry might be in for a windfall after Tiger Woods clinched his fifth Masters win on Sunday, CNBC’s Jim Cramer said.

“I think the golf renaissance is about to blow up thanks in part to the Tiger Woods effect, and right now the best pure play on the industry is Acushnet Holdings,” the “Mad Money” host said Monday. “That said, if you’d prefer something more beaten down, I still like Callaway down here. I just think it’s more risky.”

Cramer said superstars are great for selling merchandise and Woods’ decade-long comeback story could help trigger a faster recovery in the “seemingly boring sport” of golf. Interest in the game, typically popular among older generations, has picked up among millennials with the introduction of interactive concepts like TopGolf, he said.

The fun-focused TopGolf courses can be enjoyed by professionals and beginners alike.

Stocks connected to golf and Woods rallied on Monday.

Superstars are great at selling merchandise. Callaway and Acushnet gained 1.45% and 1.65%, respectively, while Nike gained 0.7%. The athletic apparel giant took a gamble in 2009 by keeping its sponsorship deal with Woods after years of negative headlines for the golfer. Woods’ victory on Sunday is reportedly worth $22.5 million for the sports apparel brand.

Cramer also noted that Nike also sponsors Francesco Molinari and Tony Finau, who tied for fifth in the tournament at Augusta National Golf Course in Georgia.

“Those Tiger Woods mock neck golf shirts, well they’re already sold out in several colors on Nike’s website. This is a small piece of the pie, but it can’t hurt,” Cramer said.

Cramer first recommended Callaway in 2016 when the stock was at $11.50. The golf equipment seller climbed north of $24 last September before dropping to about $14 during the fourth-quarter sell-off, he said. The stock finished trading at $16.78 on Monday. The host said the stock is cheap at current levels, selling at about 15-times earnings.

The company is facing further pressure for borrowing $476 million to buy Jack Wolfskin, a Germany-based manufacturer of outdoor wear and equipment, Cramer added. It would no longer be a “pure play” on golf once the deal goes through, he said.

“They’re talking about a down year, in part because the Jack Wolfskin deal. It’s weighing more heavily on the numbers than they expected,” Cramer said. “That said, Callaway’s got a great track record when it comes to buying other businesses, so maybe they deliver the benefit … of the doubt.”

Cramer first recommended Acushnet last April at a share price of roughly $23. The company put together some good quarters and the stock gained about 18% by August before also breaking down during the end-of-the-year market sell-off, he said. Acushnet has 70% market share in the highest-end golf balls, Cramer said.

The stock ended Monday’s session below $24, and there’s a strong bull case for the company.

“Acushnet has also embraced personalization — they’re selling more and more custom merchandise that carries much higher margins,” Cramer said. “Best of all, this one is inexpensive, people, [selling for] less than 15 times next year’s numbers. And unlike Callaway, there’s no hair on this one, which is why Acushnet is now my favorite go-to golf stock.”

Other companies with golf ties that piqued Cramer’s interest included CBS, which broadcasts the Masters, Discovery, which has an exclusive multi-year content deal with Woods, and Comcast, the CNBC parent that also owns The Golf Channel.

Cramer Remix: Memo to President Trump
Jokowi, Prabowo and the topic of China
To Top
error: Content is protected !!
Top