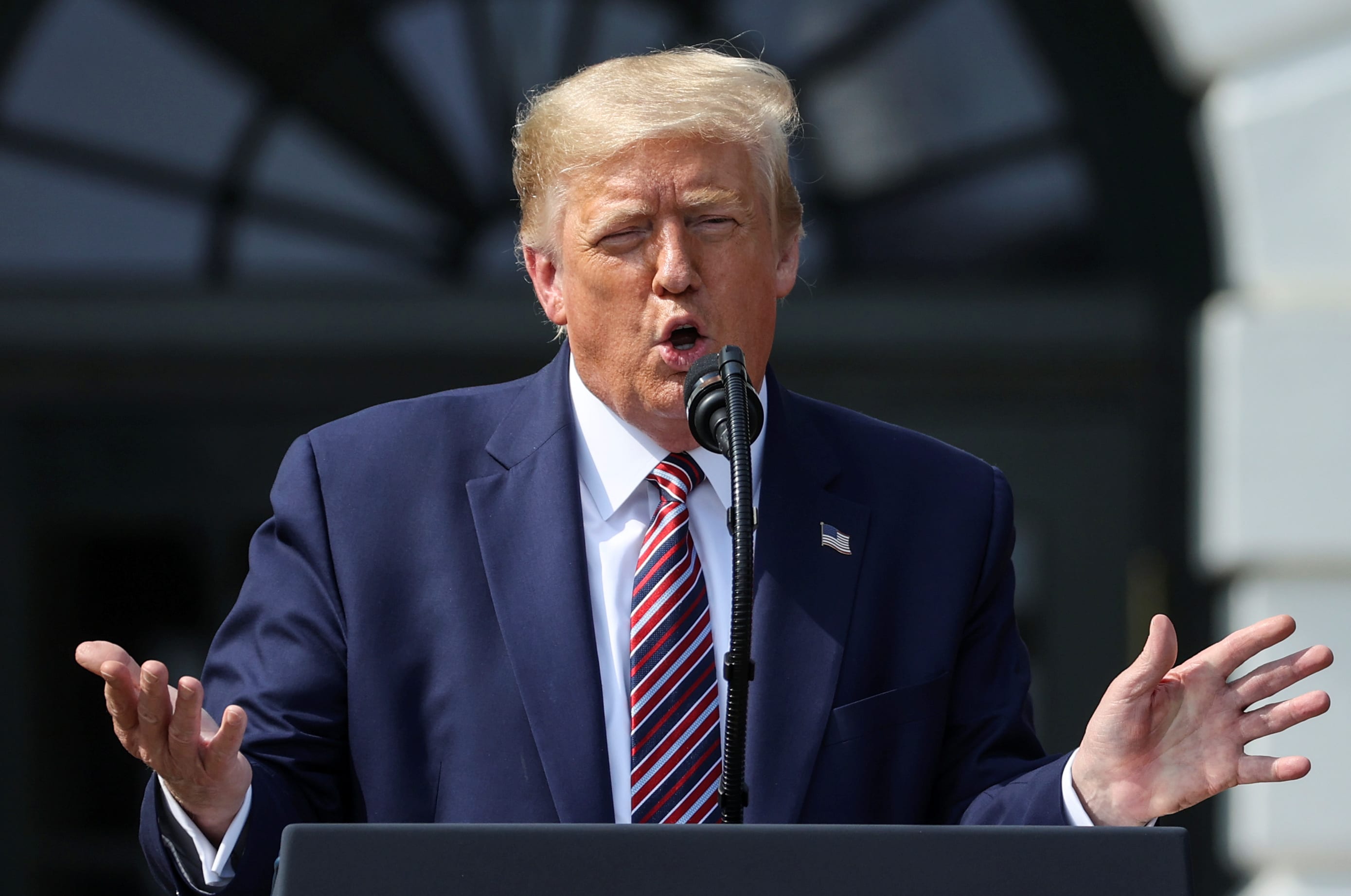 U.S. President Donald Trump touts administration efforts to curb federal regulations during an event on the South Lawn of the White House in Washington, U.S., July 16, 2020.Jonathan Ernst | ReutersPresident Donald Trump on Friday continued muddying his administration’s messaging on the use of masks to combat the spread of the coronavirus, saying he disagreed with his CDC director about how effective they would be in stopping Covid-19 and that masks “cause problems too.”Trump concluded the exchange with Fox News’ Chris Wallace by saying “I think masks are good.”In the interview, which is set to air on Fox News Sunday, Wallace referred to recent comments from Centers for Disease Control and Prevention head Robert Redfield that “If we could get everybody to wear a mask right now, I really do think over the next four, six, eight weeks, we could bring this epidemic under control.””The CDC says if everybody wore a mask for four to six weeks, we could get this under control. Do you regret not wearing a mask in public from the start, and would you consider- will you consider a national mandate that people need to wear masks?” Wallace asked Trump in the interview.”No. I want people to have a certain freedom, and I don’t believe in that, no,” Trump answered. “And I don’t agree with the statement that if everybody would wear a mask, everything disappears.””Hey, Dr. (Anthony) Fauci said ‘don’t wear a mask’; our Surgeon General — terrific guy — said don’t wear a mask. Everybody was saying don’t wear a mask, all of a sudden, everybody’s got to wear a mask, and as you know, masks cause problems too. With that being said, I’m a believer in masks. I think masks are good,” he continued.While Fauci and Surgeon General Jerome Adams said in the early weeks of the virus’ surge they didn’t think masks were necessary, but they and the CDC have been urging their use since April. Both Fauci and Adams said their message changed when they found out more about how the virus spread.”We’ve learned more about asymptomatic spread up to 50 percent of people who can spread this disease, spread it without having symptoms. And that’s why the American people need to know that science is about giving the best recommendations you can and when you learn more, you change those recommendations,” Adams told CBS’ “Face the Nation” this past weekend.Trump — who’s largely avoided being seen in public with a mask — made headlines over the same weekend by wearing one in front of cameras during a visit to Walter Reed Hospital