Trump to roll back methane, major cause of climate change 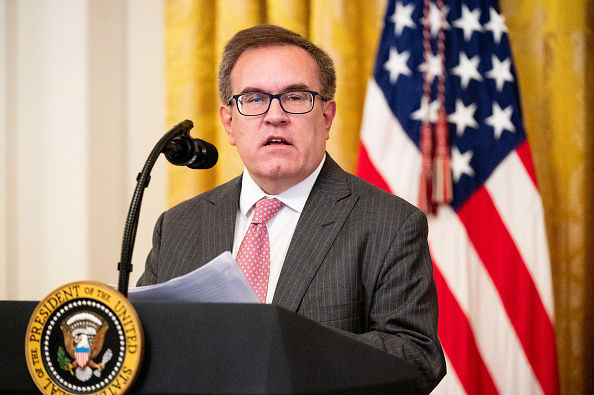 The Trump administration announced plans on Thursday to weaken regulation on climate-changing methane emissions, drawing immediate backlash from critics who say the rule will harm the environment and exacerbate global warming.

The Environmental Protection Agency’s proposed rule would loosen restrictions on oil and gas sites to monitor and repair methane leaks from pipelines and storage facilities. The standards enacted under former President Barack Obama required oil and gas companies to install controls to curb those emissions.

The new rule would be the latest move by the Trump administration to roll back Obama-era emission regulations on major oil and gas industries, which are the main source of methane emissions in the U.S.

Carbon dioxide is the most substantial greenhouse gas, and methane is the second. However, methane has 80 times the heat-trapping capability of carbon dioxide during the first 20 years in the atmosphere and accounts for nearly 10% of the country’s greenhouse gas emissions.

“The Trump Administration recognizes that methane is valuable, and the industry has an incentive to minimize leaks and maximize its use. Since 1990, natural gas production in the United States has almost doubled while methane emissions across the natural gas industry have fallen by nearly 15%. Our regulations should not stifle this innovation and progress.”

Four of the world’s biggest automakers opposed Trump’s plan to let vehicles pollute more by striking a deal in California to curb their own emissions. And some electric utility companies have opposed the EPA’s weakened regulations on toxic mercury emissions by coal-burning power plants.

Fossil fuel companies including Shell, Exxon and BP have opposed the methane rule rollback and urged the EPA to continue to regulate those emissions. Some have noted their own pledges to reduce methane leaks from their operations as part of broader decarbonization goals. Shell, for instance, has pledged to cut methane pollution and reduce the carbon intensity of its operations, citing the significance of sustainable energy infrastructure.

The EPA previously tried to suspend the methane emissions rule in 2017 but was blocked by the U.S. Court of Appeals. The court said that while the EPA has a right to loosen controls on methane emissions, it would have to undertake a new rule-making process to dismantle Obama’s rule.

The EPA is taking comment on the proposal for 60 days after it’s published in the Federal Register. The administration will likely face scrutiny and lawsuits from environmental groups to halt or delay the proposal.

U.S. Senator Chuck Schumer (D-NY) said the administration’s proposal would be a “dagger in the heart to preserve the planet,” and promised that Senate Democrats would fight to repeal the new regulations through their Congressional Review Act authority.

“The Trump administration’s proposed rollback of these regulations — which oil and gas companies actually support — would be another, horrifying blow to our already-imperiled environment,” Schumer said. “There is no sense in denying methane’s significant role in the climate crisis.”

Rep. Frank Pallone Jr. (D-NJ), chair of the House Energy and Commerce Committee, said in a statement that “even for an Administration with a pattern of catering to corporate polluters, the proposal to eliminate federal government requirements limiting methane emissions is wildly irresponsible and reckless.”

New York Attorney General Letitia James also weighed in on the proposed rule, calling the EPA’s plans an “unconscionable assault on the environment.”

“I will continue to use the full power of my office to fight back against this and the Trump Administration’s actions to harm our environment and our future,” she said in a statement.

Scientists estimate that global greenhouse gas emissions must be cut in half by 2050 to avoid dangerous impacts of climate change, which include a looming global food crisis and land destruction.

Climate change has become a central issue in the 2020 presidential election and a widespread concern as more frequent extreme weather events triggered by warming temperatures occur across the globe.

In just the past few months, a heat wave scorched Europe, then moved to Greenland to cause record ice melt there; record fires are tearing across the Amazon rainforest, Russia and the Arctic; Hurricane Barry flooded parts of Louisiana and U.S. farmers got hit with a heat wave after suffering from a year of record flooding.

If methane emissions continue to increase in the atmosphere, it could seriously endanger the Paris climate accord goal to keep global warming well below 2 degrees Celsius, according to recent research.

“The unexpected and sustained current rise in methane may so greatly overwhelm all progress from other reduction efforts that the Paris Agreement will fail,” the authors of the report wrote.

“The Trump EPA is eager to give the oil and gas industry a free pass to keep leaking enormous amounts of climate pollution into the air,” said David Doniger, senior strategic director of climate & clean energy at the Natural Resources Defense Council, a nonprofit environmental organization.

“We simply cannot protect our children and grandchildren from climate catastrophe if EPA lets this industry off scot-free. If EPA moves forward with this reckless and sinister proposal, we will see them in court.”