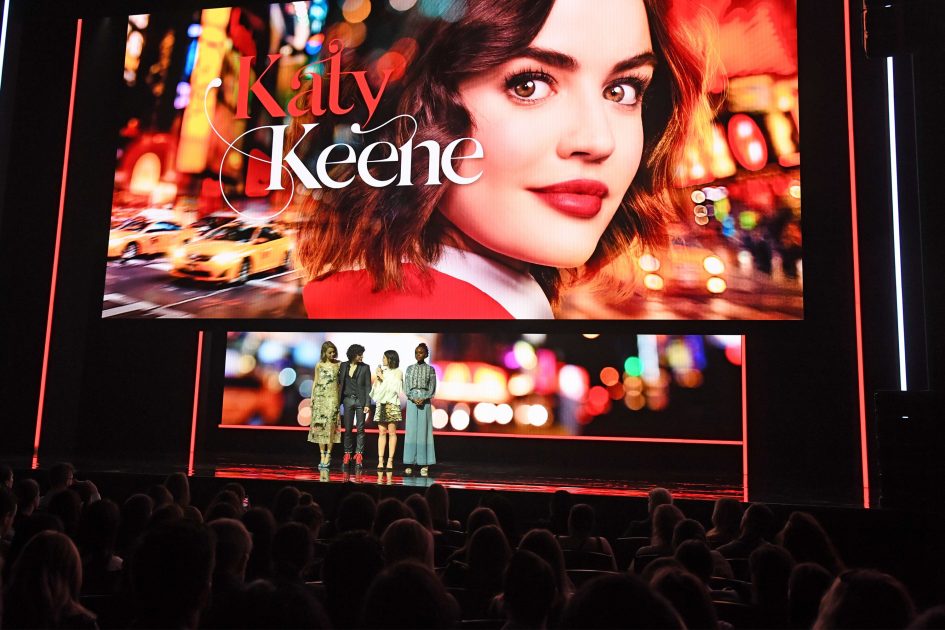 TV networks came out with a strong message as they courted advertisers at the annual “upfront” presentations in New York this week. Digital may be hot and growing like crazy, but TV can provide a brand-safe space for ads as the tech world grapples with a series of privacy scandals and abuses of their platforms.

Plus, there are all those streaming services on the horizon.

Companies including CBS, Disney, Fox, NBCUniversal and WarnerMedia this week pitched advertisers on their programming and the promise of their own upcoming streaming services just two weeks after many of the digital players like YouTube and Hulu courted the same advertisers at the “newfronts” presentations.

The networks tried to position their own offerings as bigger and safer than the challengers. Big news in the streaming world also arrived as Disney and Comcast on Tuesday announced a deal for the former to take over full operational control over Hulu from Comcast.

Though the digital players have certainly been a source of disruption in television, concerns around some of the digital players’ control of content, and the “safety” of brands advertising on that content, have been issues for advertisers. Some advertisers are shifting their spending to TV networks’ online properties and away from YouTube, Reuters reported earlier this week, citing MediaRadar data.

Though viewership is facing struggles, TV is still big and provides something many advertisers still crave. During CNBC parent NBCUniversal’s session Monday at Radio City Music Hall, chairman of ad sales and client partnerships Linda Yaccarino said scale is the number one thing CEOs and CMOs tell her they need to drive their business. She said NBC can offer that.

“Meaningful, smart, safe scale. Safe for brands, and safe for consumers. It’s getting harder and harder to come by,” she said. “That’s why other companies are struggling to navigate complicated mergers, shift their entire platform strategies, or just clean up the messes they’ve already made. But us, we’ve got content, data and distribution now all on a global scale.”

She added that while advertisers are getting pushed out on some mediums, NBC’s upcoming free, ad-supported streaming platform is an opportunity for them.

“While other companies are pushing advertisers out, we’re bringing you in,” she said.

Jo Ann Ross, president and chief advertising revenue officer at CBS, echoed those tones of scale and safety at its session at Carnegie Hall on Wednesday afternoon. She also called out the company’s streaming arm.

“You’ve heard a lot about OTT this week,” she said. “Here at CBS, we’re not crawling into the streaming space, we’re already running. And we’ve been ad-supported since we started five years ago.”

The company said in February it had hit 8 million subscribers, accounting for consumers of both CBS All Access and Showtime. In comparison, Netflix had just over 148 million subscribers as of February. At CBS’ upfront, “The Late Show” host Stephen Colbert joked he hadn’t yet talked about All Access: “Something I have in common with most Americans.”

“In this year’s upfronts, networks didn’t have to position themselves directly against the streaming players, as they have streaming aspirations of their own,” said Gila Wilensky, SVP of Media Activation for North America for media agency Essence. “It’s a testament that streaming is a big bet for them.”

Though networks did largely mention the brand “safety” of their offerings, hinting at the major stumbles YouTube and Facebook have had in the streaming of “unsafe” content, Havas Media SVP and managing director Diana Bernstein said in an email she didn’t feel it was a big theme. Instead, she said, networks were more focused on content.

“While NBCU did make a point to speak about the safety of their networks and call out the trust factor, overall networks have put their premium content at the forefront, both current and historical series,” she said. “They have been calling attention [to] the premium streaming services that they will offer and reminding us of the quality programming that will be available through their platforms.”

But some say that content was overshadowed by streaming.

“Not only was the most ambitious TV content not at this week’s upfronts, but there was greater excitement around coming streaming services than new TV shows,” BTIG tech, media and telecom analyst Rich Greenfield wrote this week.

Advertisers are anxiously awaiting more details about the over-the-top strategies.

“There is an insatiable appetite of the news about how we’re going to regain lost territory, and OTT streaming is a really important part of that,” said Paul Woolmington, CEO of Canvas Worldwide, a media and marketing services agency network.

Catherine Sullivan, chief investment officer at Omnicom Media Group for North America, is also watching closely in this area as the networks straighten out the details of their streaming platforms.

“The details are still a little short for the industry in terms of how do we activate against it, how do we plan or buy against it,” she said.

Jason Hirschhorn, CEO and chief curator of Redef, said in a blog post about the upfronts this week that he was “just amazed at how far behind the industry is on the future.” He said he expects that in a down economy, more trimming will occur. And he believes in the future, much content will be subsidized by businesses like Amazon or Apple where video is supportive of other business instead of pure plays.

In terms of the innovation of ad opportunities, some were impressed by the ideas presented by digital companies during the newfronts.

“In [some] way, shape or form, I’m sure these partners can reach a ton of people and a very large audience. That’s not really a point of differentiation for me or my clients anymore,” he said. “I’m more interested in innovative ways we can reach the audience.” He said that means not just being able to be in touch with them, but reach them in a way that resonates.

“I can reach consumers in a million different ways, but so can a bunch of other advertisers,” he said. “If I’m not doing so in a way that’s unique and memorable, I’m wasting my client’s money.”

He said he was impressed by the BBC’s offerings during its newfront session, like developments in how the company will translate news content into an audio format or dynamic podcasts. Hulu’s “pause ads,” which show ads while a user is taking a break from a show, are another that caught his eye.

Those things are “engaging the consumer in a way that’s thoughtful,” Colcord said.

Canvas’ Woolmington said those innovative ad units can be easier for smaller upstarts to bet on than the incumbent companies. But he said instead of waiting for networks to come up with creative new ways to get in the mix, advertisers should be thinking about it, too.

“I think it’s unfair for us to expect just the presenters to be providing solutions,” he said. “We also as partners need to be more engaged in shaping that future, rather than waiting for that future.”