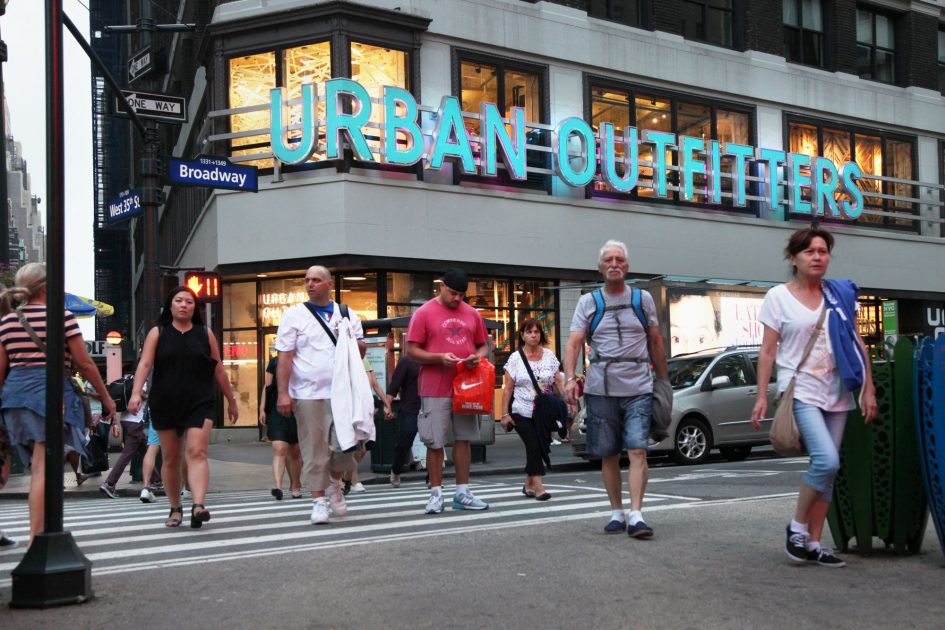 Pedestrians pass in front of an Urban Outfitters store in New York.

Its stock was trading up around 3.5% after the market closed.

Here’s how the company did, compared with what Wall Street was expecting, according to analysts surveyed by Refinitiv:

Sales at Urban Outfitter-owned stores open for at least 12 months fell 3%, wider than the 2% decrease estimated by FactSet data. The company owns brands including Anthropologie and Free People.

“I am pleased to report that customer reaction to our early fall apparel assortments have improved significantly from our second quarter results,” said CEO Richard Hayne. Third quarter same-store sales are positive for all three brands.

Urban Outfitters also launched a rental service called Nuuly in early August. The decision was an attempt by the retailer to enter a rental industry that is expected to grow more than 20% a year and reach a value of $2.5 billion in 2023, according to data analytics firm GlobalData.

But Urban is also facing tough competition, as companies like Banana Republic and Bloomingdale’s all announced plans to launch their own rental services this month. It also still has to go up against rental service giants such as Rent the Runway and Le Tote.

Urban Outfitter’s stock has fallen more than 36% since January, bringing the company to a market value of around $2 billion.