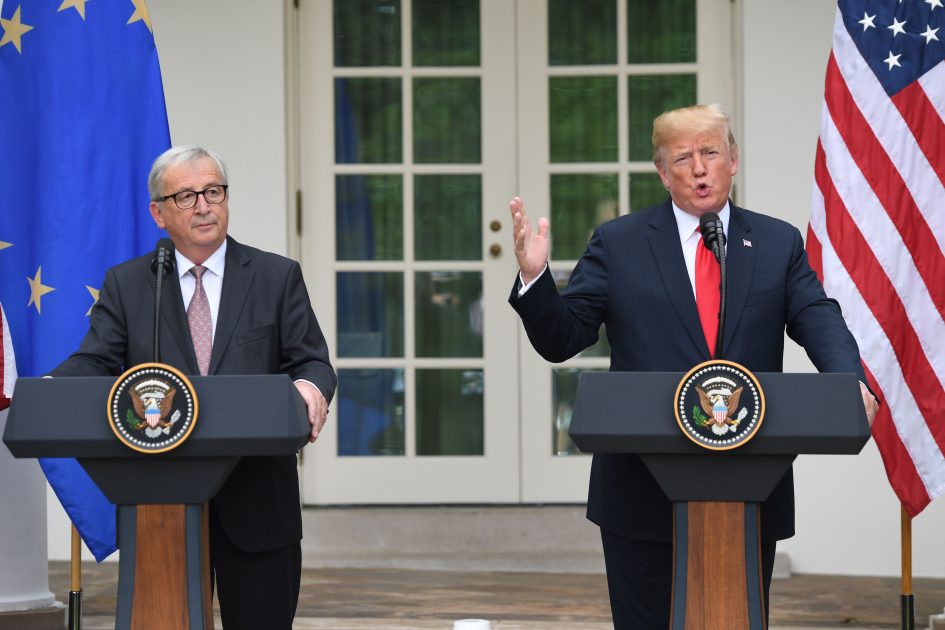 Just days after reaching a truce in the U.S.-China trade war, the U.S. government on Monday ratcheted up pressure on Europe in a long-running dispute over aircraft subsidies, threatening tariffs on $4 billion of additional EU goods.

The U.S. Trade Representative’s office released a list of additional products — including olives, Italian cheese and Scotch whiskey — that could be hit with tariffs, on top of products worth $21 billion that were announced in April.

USTR said it was adding 89 tariff sub-categories to its initial list, including a variety of metals, in response to public comments, but gave no further explanation. Over 40 individuals testified about products included on the initial list at a public hearing on May 15 and 16.

The United States and the EU have threatened to impose billions of dollars of tit-for-tat tariffs on planes, tractors and food in a nearly 15-year dispute at the World Trade Organization over aircraft subsidies given to U.S. planemaker Boeing and its European rival, Airbus.

Monday’s move followed news during the Paris Air Show that the United States could be open to negotiations on an  “enforceable mechanism” that could allow Airbus to receive government funding on commercial terms, potentially paving the way for an end to the aircraft subsidy fight.

Such a deal would also include moves by the United States to address tax incentives provided by Washington state to Boeing and make them compliant with trade rulings, as part of a possible new framework for aircraft industry funding, two U.S. sources said at the time.

The WTO has found that the world’s two largest planemakers received billions of dollars of harmful subsidies in a pair of cases marking the world’s largest-ever corporate trade dispute.

It is expected to rule on the U.S. sanctions request over the summer, although the date could slip to September.

USTR said it would hold a hearing on the proposed additional products on Aug. 5.

It said it could immediately impose increased duties on the products included in the initial list, if the WTO arbitrator issued a decision before the public comment period ended on the supplemental list.