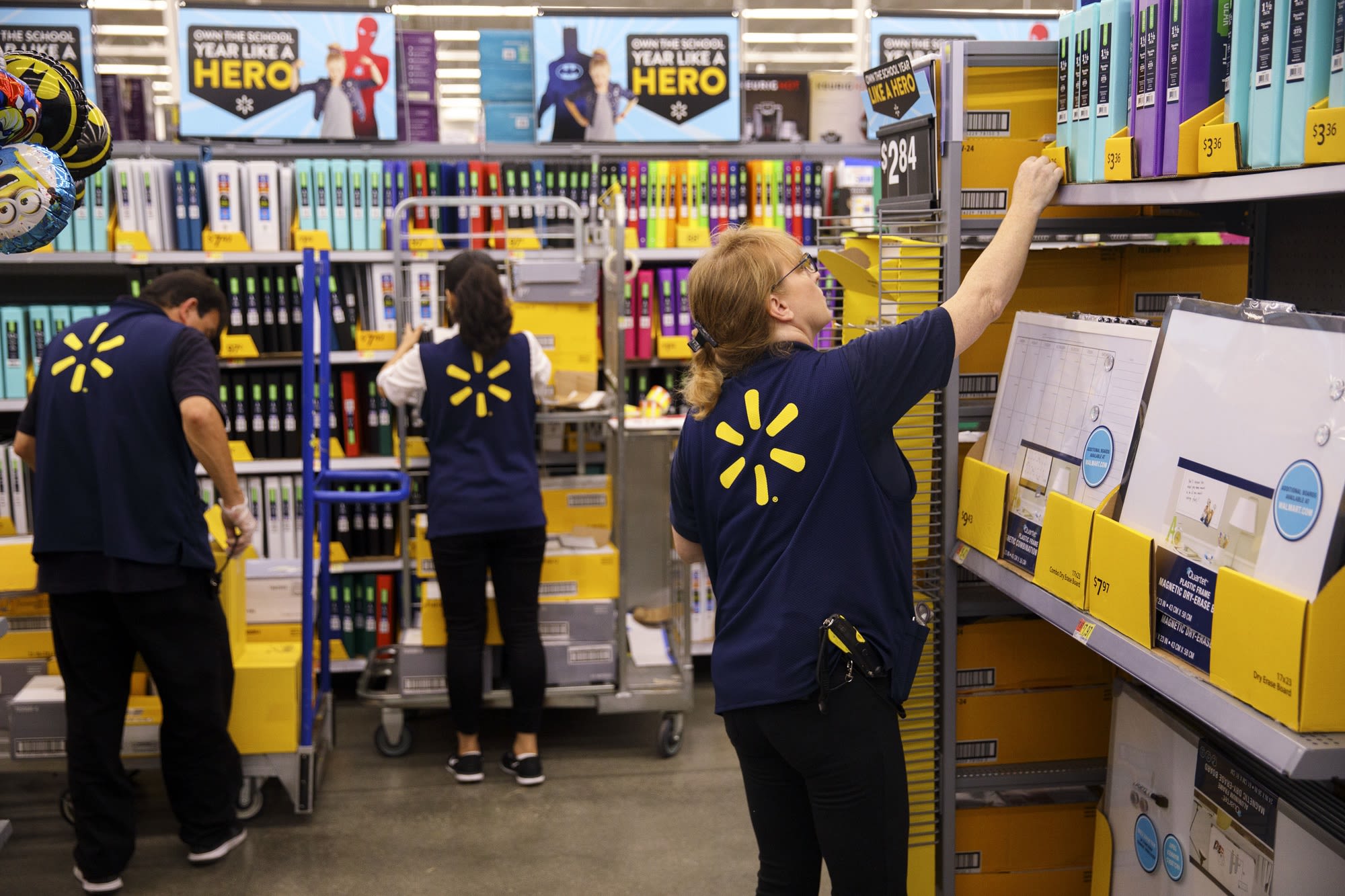 Walmart CEO Doug McMillon at the retailer’s annual shareholders meeting compares the old step stool in its distribution centers (on the left) with the new, lighter-weight version (on the right).

Given Walmart’s massive scale, it’s easier for it to save big money by making little changes that have an impact.

CEO Doug McMillon said Friday at the retailer’s annual shareholders meeting in Bentonville, Arkansas, that Walmart will save at least $30 million this year by swapping out existing stepping stools in its distribution centers with a lighter-weight version.

Workers are supposed to use these stools to pack tractor trailers with items — all the way to the roof — McMillon explained. The goal is to get as much in a trailer as possible, in order to reduce road mileage and cut costs. But a prior version of the stool that Walmart was providing workers was “clunky, big and heavy,” he said. And so trailers weren’t being packed all the way to the top because some people weren’t using the stool. They didn’t want to carry it around.

Now, after creating a lighter-weight version of the stepping stool that’s much easier to handle, Walmart is doing a “much better job” of packing trailers, McMillon said. Good enough to save the company millions of dollars annually.

It’s similar to when Walmart said it was saving $200 million by changing the light bulbs in its stores and parking lots, and saving $20 million by using a new new floor wax. That all adds up.

Walmart markets itself as providing “everyday low prices,” which can only be achieved if it keeps its own costs down.