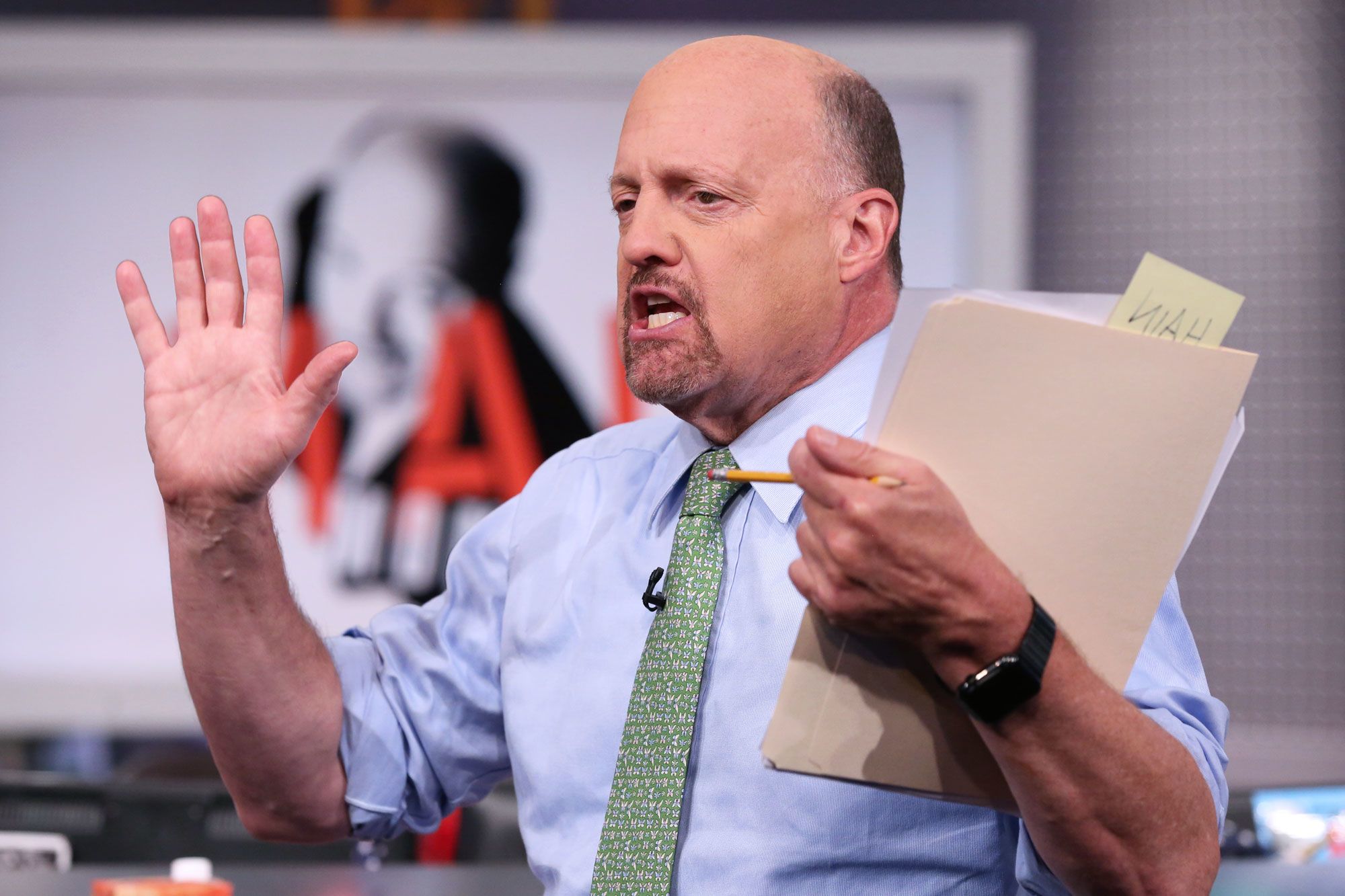 Shares of both Facebook and Amazon fell during the session through no fault of their own, CNBC’s Jim Cramer said Tuesday.

He said the two Internet giants took a hit because of “guilt by association” in the FAANG group with Google. The search engine is a subsidiary of Alphabet, which missed the revenue mark by nearly $1 billion during the first quarter of 2019.

Alphabet’s issues were specific to the company, Cramer said, as Facebook and Amazon both met Wall Streets expectations in their quarterly reports. Google’s weakness in advertising sales could mean that they’re losing share to the two leading e-commerce and social media platforms.

“In a rational world, Amazon and Facebook would’ve rallied on the news that they’re beating the stuffing out of Alphabet,” Cramer said. “Hey, at least you can buy the winners into weakness here — the market’s stupidity can be your opportunity.”

A windfall from the tree

Cramer said investors who bought Apple ahead of its first-quarter report made the right gamble.

The host typically does not recommend buying a stock ahead of earnings, in case the company delivers a bad report. But the tech giant did not disappoint on Tuesday.

“Not only did Apple deliver a nice top- and bottom-line beat, but China, the major source of weakness last quarter, is turning around,” Cramer said. “When I spoke to [CEO] Tim [Cook] about it, I was surprised how bullish he was.”

While iPhone sales were down 17%, Cramer pointed out that Apple management said it picked up at the end of the quarter. Growth in the wearables segment and the nascent services business could make for a great second quarter, he added. Apple held its quarterly conference call after the market closed Tuesday.

Shares of Apple fell 1.93% during the session. The stock climbed 5% in after-hours trading.

Shopify is all about making it easier for entrepreneurs to get started, according to COO Harley Finkelstein.

The Canadian e-commerce platform serves as a point of sale for 820,000 merchants, which, if considered as one entity, would make it the third-largest online retailer in the United States, he told Cramer. With that, Shopify can leverage the economies of scale, similar to that of giant retailers, and “trickle” the benefits down to entrepreneurs, Finkelstein said.

“So what we’re doing, we’re leveling the playing field,” he said. “That means they get better rates on shipping and processing and capital and now all of the sudden, these small businesses can compete with the biggest retailers and brands on the planet.”

Cramer said Alphabet’s stock would not have cratered nearly $100 per share during the session if Chief Financial Officer Ruth Porat had done one thing on Monday’s quarterly earnings call: Be open and honest.

Cramer said he was “sad” he had to say “bad things” about a company its financial chief that he has a great amount of respect for.

“When you miss numbers, you have to acknowledge it. You need to say, ‘Hey, we messed up, this is what went wrong, this is how we’ll fix it,'” the host said. “Alphabet disappointed, but Ruth Porat didn’t say that.”

Zebra Technologies, the maker of computer printing technologies, is looking to take advantage of the estimated 10 million Microsoft Windows mobile devices that are in the market, CEO Anders Gustafsson told Cramer.

“We see that as great opportunity for us,” he said in an interview with the “Mad Money” host. “With android, we’ve been able to drive a lot greater leverage of the new-use cases. So people are using it in different forms and they’re pushing the technology out further into the enterprise. So more and more people are getting some form of device or technology in their hands.”

“The consumer is definitely more engaged,” he said in a one-on-one interview with Cramer.

An amalgamation of local housing companies, TRI Pointe has surged more than 19% this year along with the homebuilding sector, which is up more than 25%. Lower mortgage rates have helped return buyers to the housing market, Cramer noted.

TRI Pointe lags in the home construction group in part because the stock fell about 8% after reporting mixed first-quarter results on Thursday, delivering a top-line beat but a bottom-line miss.

Read more on the interview here

Cramer’s lightning round: Let this stock pullback from its all-time highs before buying

In Cramer’s lightning round, the “Mad Money” host ran through his thoughts about callers’ stock picks of the day.

Prologis Inc.: “You’re buying Prologis at the all-time high here. Let’s just stay away. Let this come in for a little. I think rates could go a little bit higher.”

Walgreens Boots Alliance Inc.: “I don’t like that stock. I think that the company has kind of lost its way. They have to make some changes, because right now I think they are really getting hurt by Amazon.”

Carnival Corp.: “It’s got that good yield, 3.65 [percent], but you know what, I do prefer Norwegian Cruise Lines ’cause I think they’re doing slightly better.”