Why retailers are chasing Rent the Runway with knockoff services 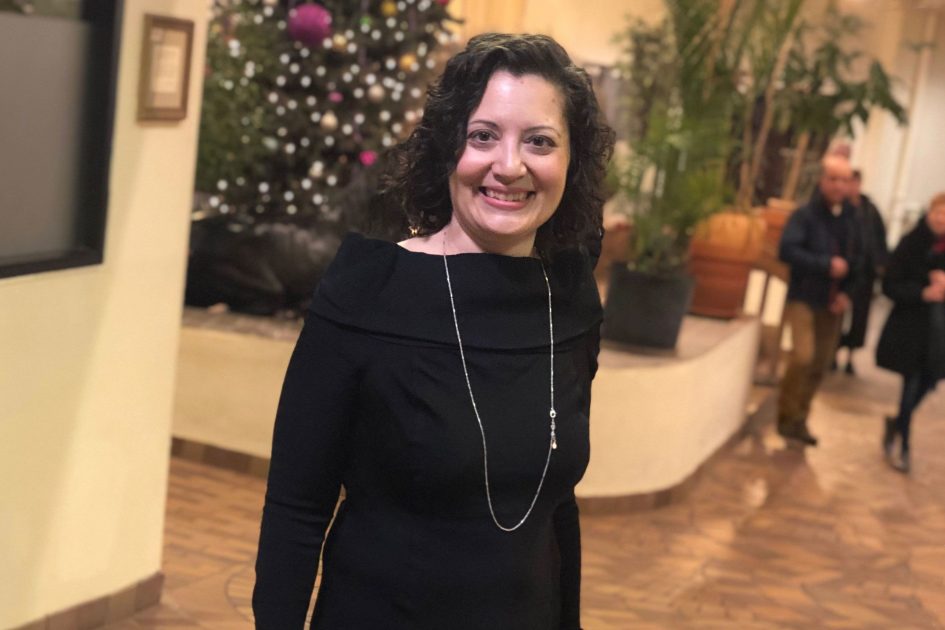 Lisa Batitto wearing a dress from Rent the Runway.

When Lisa Batitto needed an outfit for a themed work event, she turned to Rent the Runway instead of Stitch Fix or her local department store.

Through the apparel rental company, she knew she could find the perfect dress for the animal-print themed event. She wouldn’t need to wear the dress again, so she was glad she had the option to rent instead of buy.

“It gives me the ability to always have something new, without having clothes sitting in my closet and not being used,” said Batitto, a publicist from Montclair, New Jersey.

She pays $159 a month for Rent the Runway’s unlimited service, which gives her access to the company’s selection of high-end designer apparel. She can wear the items for as long as she wants, and can return them for a fresh batch when she’s done.

This trend isn’t lost on traditional retailers. Gap-owned Banana Republic announced Thursday plans to launch an apparel rental service to try to capture customers like Battito. Macy’s said this week it is considering starting a rental service, while its subsidiary Bloomingdale’s will launch one in mid-September. Urban Outfitters also rolled out a rental subscription box earlier this month.

The proliferation is in part fueled by the desire of brick-and-mortar retailers to adapt to changing consumer habits and find new revenue streams. According to a report from data analytics firm GlobalData, the rental subscription market was valued at around $1 billion in 2018 and is expected to grow more than 20% a year, reaching $2.5 billion by 2023.

CaaStle, a start-up that specializes in managing inventory and shipping for these businesses, helps make the experimentation easier. Banana Republic and Bloomingdale’s tapped CaaStle as their partner in the new ventures.

The start-up said 50% of the rental subscribers that sign up with retailers are new, digitally native customers. The other half spend 125% more with the brand year over year.

Retail’s new flood of Rent the Runway knockoffs is a shift from an attempt to dabble in styling services like Stitch Fix, which has seen some success. Through the service, consumers pay a fee to have clothing selected by a stylist and sent to them every few weeks or months, which they can purchase or send back. In 2018, the company reported $1.2 billion in sales and its active user base rose 17% to 3.1 million from the prior year. Since January, its stock has risen 36%, valuing the company at around $2.4 billion.

But other companies have not been as successful. In February, J.C. Penney announced it’s shutting down its men’s clothing subscription service. In 2018, Gap pulled the plug on a subscription service that included boxes for baby clothes, pajamas and kids outfits. In 2016, Nordstrom wrote down the value of its styling business Trunk Club by $200 million. It still runs the service, which it bought for $350 million two years ago.

Battito had been a Stitch Fix subscriber. She paid a $20-a-month styling fee, which was applied as a credit to items she bought, and she returned anything she didn’t want. But she thought renting was much more sustainable. She could choose the items herself instead of a stylist picking for her. She also didn’t have to keep purchasing new clothes or throwing away old clothes.

“This way, you’re getting wear out of something, and it’s not just sitting there,” she said. “It really seems like a better way to do things rather than just to keep purchasing things and keep wanting more.”

She also said not having to dry-clean the clothes is another big plus.

Sucharita Kodali, an analyst at Forrester, said many consumers are fatigued with subscription services and feel pressured to purchase every few weeks or months because of the recurring styling fee.

“Why do you want to lock yourself into a recurring billing stream when there’s so much choice in fashion and you can already buy what you need when you need it? It just becomes really difficult to make a compelling case long-term,” she said.

The appeal of sustainability

That’s part of the reason companies like Urban Outfitters are instead turning to rental services, imitating Rent the Runway and Le Tote, which costs $79 a month. Le Tote is also nearing a deal to buy luxury department store Lord & Taylor. Kodali said these models are playing into customers’ interest in sustainable clothing methods, since there’s less waste involved in renting clothing.

Sustainability also drives the popularity of ThredUp, an online secondhand clothing and consignment store. Macy’s and J.C. Penney’s announced that they would be experimenting with giving ThredUp floor space in stores.

But Kodali said rental services still face their fair share of challenges. One of the biggest is how to deal with cleaning the apparel after it’s returned.

Resale and rental are important models, and you’re only going to see more and more retailers entering this space.

“Dry cleaning and shipping are expensive, and that is a substantial cost,” Kodali said. Rent the Runway, which launched its rental service in 2016, is one of the most popular options. It operates out of a 250,000-square-foot warehouse in New Jersey, and just opened a 300,000-square-foot one in Texas. The warehouses are believed to be the largest dry cleaners in the country. The company reached a valuation of $1 billion after a funding round in March and currently has more than 11 million members.

Urban Outfitters also said it will build a 300,000-square-foot facility with a full-service dry cleaning system to support its rentals. The move will cost $3 million.

“We believe there is a large opportunity to reshape the $120 billion women’s apparel market in the U.S.,” said David Hayne, Urban’s chief digital officer. The company expects about 50,000 subscribers to sign up for its Nuuly rental service within 12 months. If it reaches this goal, it estimates it could top $50 million in revenue at the end of that period.

“We are prepared to react to stronger subscriber interest and believe several hundred thousand subscribers in our first few years is possible,” said Hayne, who also serves as president of Nuuly.

Urban Outfitters, which is valued at about $1.9 billion, has seen its stock fall more than 40% since January.

Bringing in a younger customer

For retailers who don’t want to build there own service from the ground up, CaaStle may be another option. Started in 2018, the company tries to make it easy for retailers to start their own monthly clothing rental service, and handling the dry cleaning and shipping is part of the service.

Banana Republic partnered with CaaStle for its “Style Passport” service, which will cost $85 a month to rent three pieces at a time.

Vince’s box, which is on the pricier end at $160 a month to rent four items at a time, launched last year.

“Part of it was to attract a younger customer that doesn’t have the affluence yet to be a true Vince full-price customer, and this is a way to introduce her to the brand,” Vince CEO Brendan Hoffman said.

Forrester’s Kodali said these companies work with CaaStle because it’s a “brand building tool” and helps them to enter the rental business without having to put much capital upfront or worry about logistics.

“I think if we didn’t exist, you wouldn’t see so many companies moving into the space,” said CaaStle CEO Christine Hunsicker, whose start-up is partnering with 11 retailers. Hunsicker also thinks CaaStle is one reason Urban Outfitters created its own service.

“Resale and rental are important models, and you’re only going to see more and more retailers entering this space,” she said.