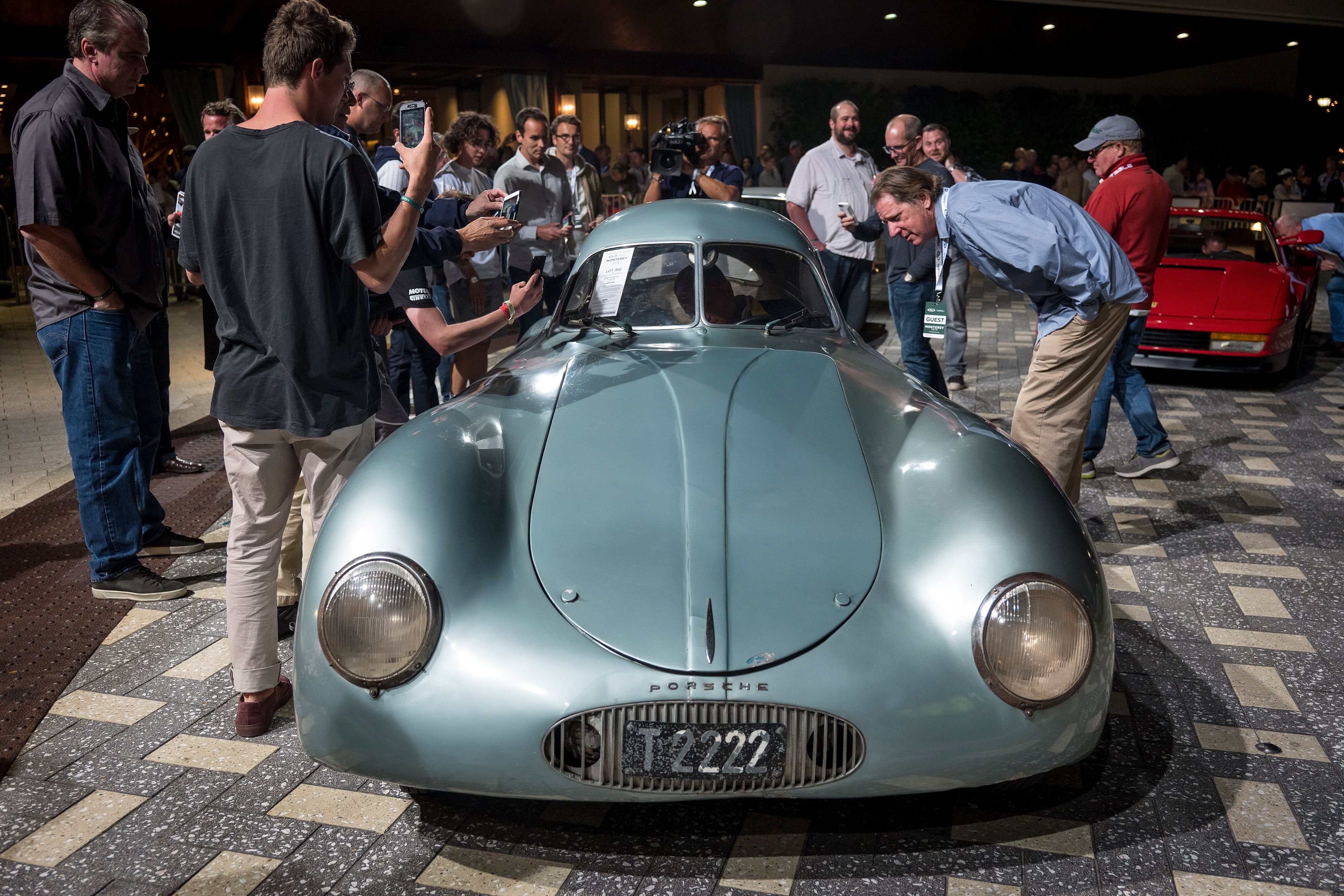 A Porsche that was expected to sell for over $20 million flopped on the auction block Saturday night, after the sale was thrown into disarray by a technical error.

The car, a 1939 Porsche “Type 64” that was already facing controversy in the collecting world, hit the auction block Saturday night at RM Sotheby’s in Monterey as part of the sales surrounding the Concours D’Elegance car extravaganza.

RM Sotheby’s auctioneer started the bidding at $13 million. But the giant screen display in the auction room showed the first bid as $30 million. The next bid was $14 million, but the screen showed $40 million — an error that continued all the way up $17 million, when the screen showed $70 million.

The crowd was erupting in cheers and shouts as the price on the screen was showing that the Porsche was selling for a record-shattering price. But at $17 million, the auctioneer stopped the bids and announced that the screen showing $70 million was wrong and that the leading bid was $17 million.

The crowd in the auction room — often a boisterous one after a day of parties and events in the area — immediately started booing and shouting at the error.

There were no more bids after $17 million. Since $17 million was below the reserve price — or minimum required by the seller — RM Sotheby’s pulled the lot.

“The car didn’t meet reserve,” RM Sotheby’s said in a brief statement. “We will make every effort to sell the car post-sale.”

Some attendees in the audience said that because ten Holder is Dutch, his “17 million” sounded like “70 million,” so both the screen operator and audience was confused.

Whatever the reason, the sale debacle was an embarrassing and costly mistake for RM Sotheby’s, which expected to auction off nearly $200 million worth of cars over the weekend.

“We take pride in conducting our world-class auctions with integrity and we take our responsibility to our clients very seriously,” the company said. “This was in no way intentional on behalf of anyone at RM Sotheby’s, rather an unfortunate misunderstanding amplified by excitement in the room.”

It also marked a fitting climax to a week of sales that fell well below expectations, and could signal more trouble ahead for the classic car market. Total sales for six auctions over the course of the week were expected to top $380 million, according to Hagerty, the collectible-car insurance and valuation firm. But the preliminary total as of Sunday morning, with virtually all the auctions complete, was only $245 million — marking a 34% decline from last year.

Experts said the wild swings in the stock market and fears of a global slowdown may have weighed more than expected on the minds of wealthy collectors.

“Whether it’s the threat of recession, broad economic volatility or too many cars crammed in too few hours, there’s no denying the this year’s Monterey Auction Week results were depressed,” Hagerty said in a statement.

But along with the Porsche, which Porsche AG said was not a genuine Porsche, RM Sotheby’s also failed to auction off a 1953 Aston Martin DB3S works race car, which was expected to fetch over $8.75 million and only attracted a high bid of $7.5 million.

Other auction houses also had expensive misses, including Mecum’s 1959 Ferrari 250 Monza that went unsold at $20 million.

“With all these statistics signaling a slumping market, the question will be whether this is felt in the broader market or be isolated to this week’s sales,” Hagerty said

The often-hated open floor plan gets a new savior: The office pod
At age 22, she gave up studying law to sell $63,000 swimsuits and $2,300 bras
To Top
error: Content is protected !!
Top