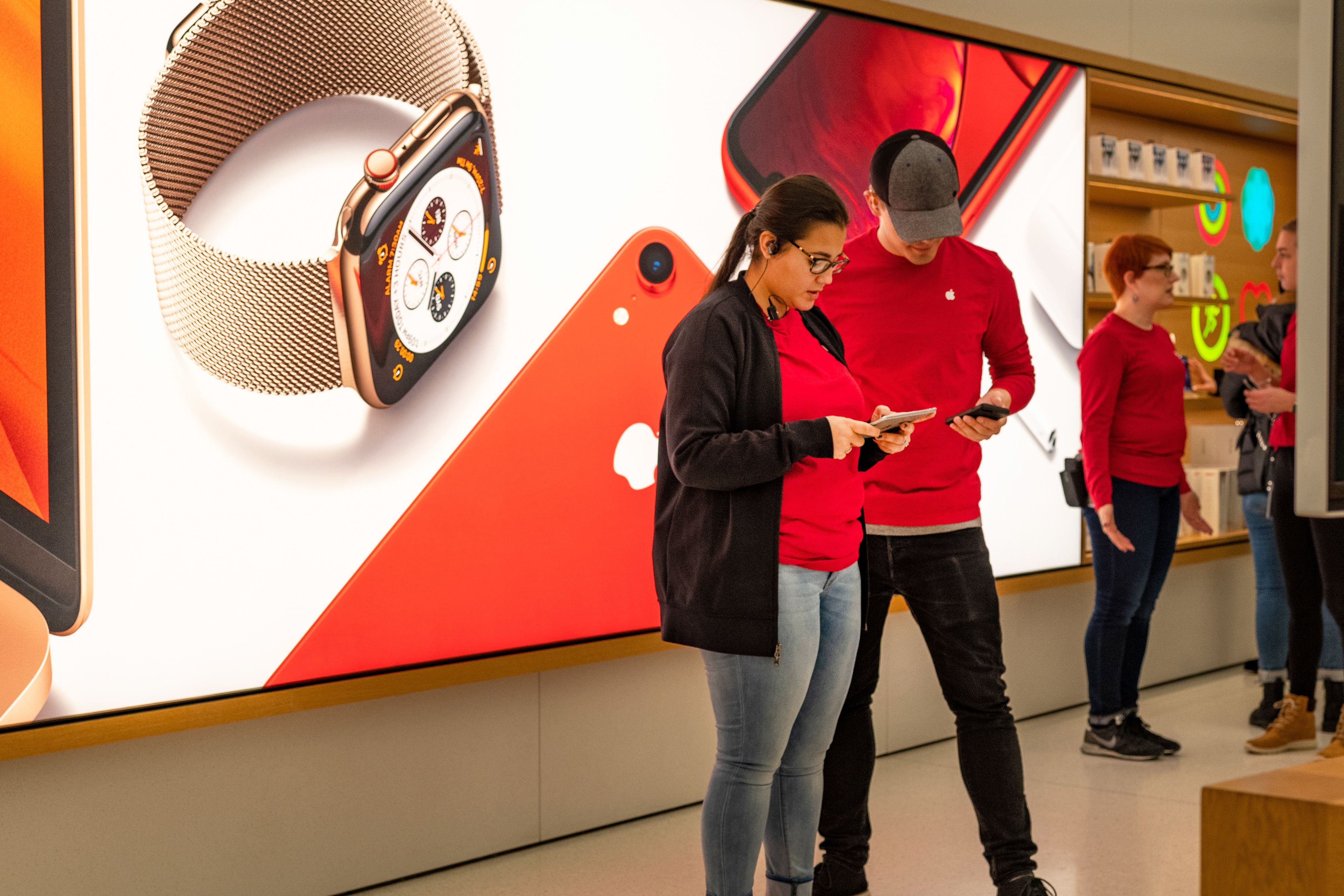 Apple will report earnings for its March quarter Tuesday after the bell.

Apple stock has been on a tear. Shares are up 44% since January 3, adding over $290 billion to Apple’s market capitalization. Yet Apple’s revenue is expected to be down from the same time last year, and iPhone sales are expected to shrink as well.

Here’s what Wall Street expects from the quarter:

In January, Apple cut its first-quarter forecast, blaming slow iPhone sales in China. Investors will be looking if there’s been any improvement in that critical market.

“Looking at our model and our projections for iPhone sales, as it pertains to the March quarter, we’re not looking for anything magical on iPhone or on China,” D.A. Davidson analyst Tom Forte previously said.

But Apple has recently been signaling to investors that iPhone sales aren’t the critical number to watch. Apple instead is highlighting its services revenue, which includes products like iCloud, Apple Music, AppleCare warranties and others. Wall Street is looking for over $11 billion in sales from that item, up from $9.19 billion last year.

Apple also ended all litigation with Qualcomm in April. As part of the settlement, Apple will buy modems from Qualcomm again and make a one-time payment that analysts believe to be in the billions. Although the settlement happened after the March quarter timeframe, Apple’s guidance and executive commentary can give investors some additional information about the settlement and Apple’s plans to launch a 5G iPhone.

The March quarter is also when Apple typically updates its capital-return plans. Morgan Stanley expects Apple to announce a 10% dividend raise and at least a $50 billion increase into the authorized buyback fund.