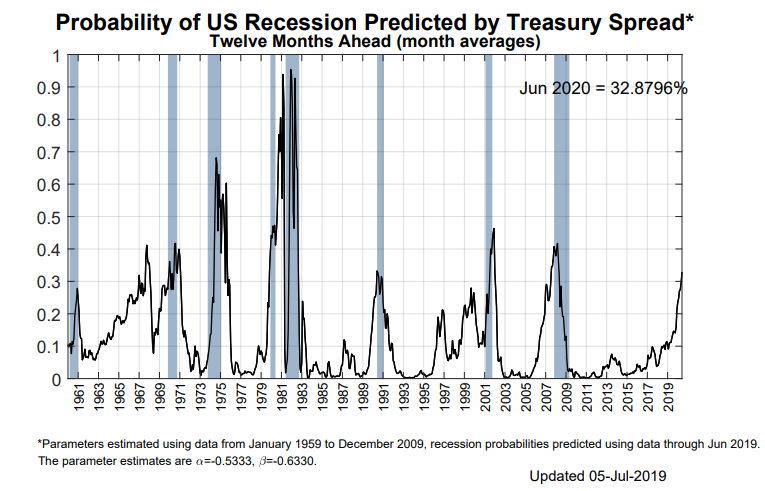 As a major stock market index hit a new record high on Wednesday, one Wall Street veteran is warning that the risks of an economic recession are steadily increasing.

Moments after the S&P 500 crossed above 3,000 points, Art Cashin, managing director at UBS Financial Services, spoke to CNBC’s “Squawk on the Street” about his forecast for the U.S. economy. Cashin said his hat, with “S&P 3000” emblazoned on the front, was tongue-in-cheek, cautioning that investors should not get overly excited by the day’s milestone.

Cashin pointed to New York Fed’s recession indicator, which is based off of the spread between the 10-year and 3-month U.S. Treasury yields.

Because of this spread, Cashin believes that Fed Chairman Jerome Powell is making decisions to sustain the longest period of expansion in modern U.S. history.

“I would suggest to you that Powell is not only under the influence of the market,” Cashin said, but the Fed is even “fearful.” He said that Powell has “got to pretty much react” and “the Fed has got to keep the wheel moving.”

But Cashin’s wariness is not based upon a sense of an impending slowdown but rather pointing to the signals to which he believes the Fed will react.

“I’m not talking about necessarily an immediate recession. What I’m saying is with the warning signs moving, Powell has got to move along and that’s exactly what he is doing,” Cashin said.

He added that he “will have to get a higher hat soon,” saying “the Fed is handcuffed on this” and “they don’t want to walk away.” The stock market “is comfortable” because it feels “for now that they have the Fed and Mr. Powell under its control.”