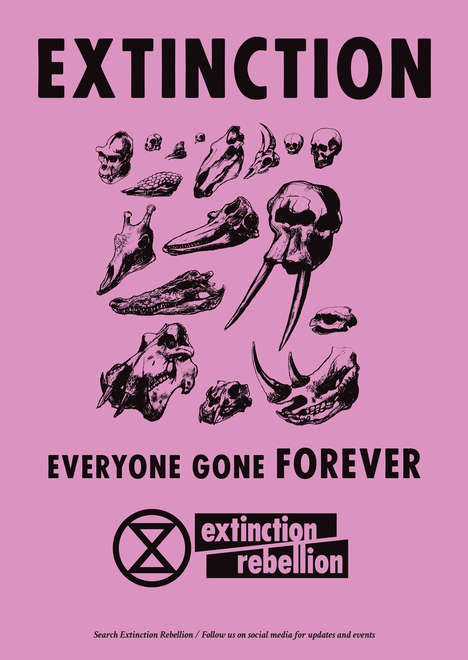 Extinction Rebellion has debuted a brand new design-savvy identity and a range of striking climate change posters that are sure to capture the public’s attention. The action group has launched an international movement that pressures governments to make sustainable decisions to counter the impending consequences of climate change and animal extinction.

The climate change posters boast striking visuals that have been artfully curated to communicate the desperate need for action, as well as an aesthetic quality that is hard to ignore. They have been created by a volunteer art collective. On April 15th, Extinction Rebellion released these marketing assets in the form of posters, banners, stickers, patches and more. They were made downloadable through the Internet and activists all over the world are encouraged to use them to spread the word.