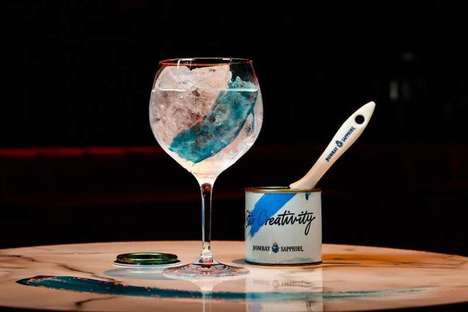 In collaboration with the Be At One bar chain, Bombay Sapphire is hosting a cocktail pop-up that encourages people to be kind to one another—and get rewarded with a drink for doing so. For a limited time, the pop-up is inviting people to “Give a compliment, get a cocktail” at a phone booth stationed on the streets of London.

The blue phone box is a place to broadcast a compliment to someone else and get treated to a voucher for at one of Be At One’s many bars across the city. The cocktail pop-up specifically celebrates the launch of not just one but four new Be At One bars, as well as other locations that have recently been refreshed.

The voucher gives compliment-givers access to a Blue Ticked G&T, which is flecked with edible blue paint.