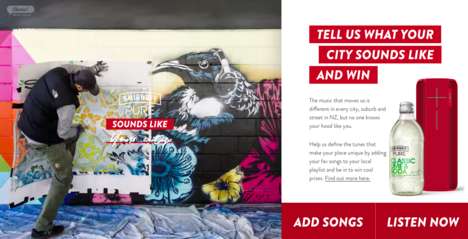 The Smirnoff Pure Sounds Like campaign aims to help New Zealanders discover the sounds of the city and suburb that they are in through curated playlists. As a growing number of young consumers are opting to drink at home rather than at bars or clubs, Smirnoff found a creative way to connect with its target audience by providing the soundtrack for a night in.

Working with local artists and Spotify, Smirnoff Pure created more than two dozen playlists that capture the spirit of different parts of a city. On the Smirnoff Pure Discovery website, users are able to find playlists that represent their hometowns and smaller areas, as represented by top tracks from each region.