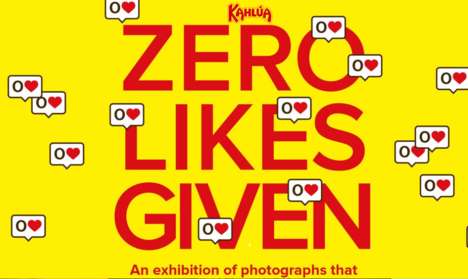 The liqueur brand Kahlúa recently announced the debut of a new campaign — Zero Likes Given — that features Instagram posts that received zero likes. The campaign features actress Jackie Cruz and it highlights the fact that Millenials are overly focused on social media and the virtual world. The Kahlúa team created the #BottomNine website which is a tool to allow people to see their nine least like images on Instagram.

Cruz stated the point of the campaign was to encourage people “to take likes, and themselves less seriously. With the intensity of social media nowadays, it’s a refreshing reminder to live in the moment and to have some fun.” The Zero Likes Given campaign notes that 90% of Millenials surveyed stated that it’s important to “live in the moment,” but ironically, over half noted that they’ve missed key moments in an attempt to capture it on social media.

The Zero Likes Given art installation will be held July 25-28 at 198 Allen St. on the Lower East Side of Manhattan.