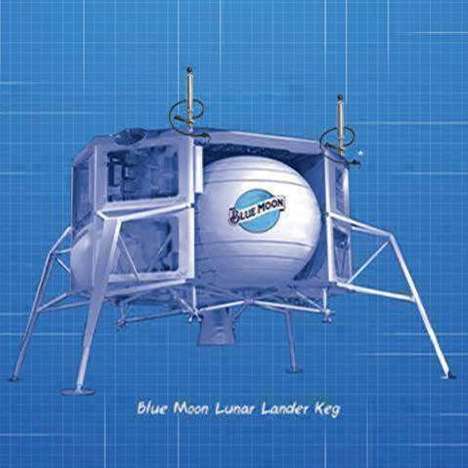 It’s been 50 years since the first moon landing and Blue Moon is marking the occasion with some Lunar Lander Kegs that are out of this world. The space kegs are also the brand’s cheeky response to Jeff Bezos’ claim that he plans to transport moon rovers and astronauts to the moon’s surface with his Blue Moon Lunar Lander.

With a name like Blue Moon, it’s clear that the beer brand has an affinity for the cosmos. As the brand’s senior marketing manager Elizabeth Hitch explains, “We’ve always been inspired by the moon, so what better way to commemorate this announcement and the upcoming 50th moon landing anniversary—than with a special edition keg from Blue Moon Brewing Company for our drinkers.” The limited-edition Lunar Lander Kegs look just like the lunar lander and will be available just ahead of the moon landing anniversary on July 20, 2019.