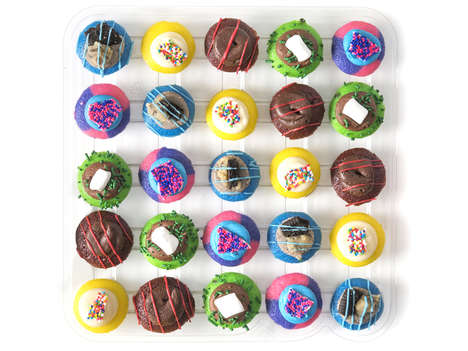 This year, Sesame Street’s 50th Anniversary is being celebrated in collaboration with Baked by Melissa, which has introduced a series of colorful mini cupcakes inspired by the show’s beloved characters. The half-century celebration cupcakes have been created to represent icons like Big Bird, Cookie Monster and even Oscar the Grouch with sophisticated ingredient combinations. While the treat modeled after Elmo takes the form of a red velvet cupcake with chocolate icing and a drizzle of red icing, the mini cupcake created for Abby Cadabby boasts a bold tie-dye design that’s topped with brittle that’s just as bold and eye-catching.