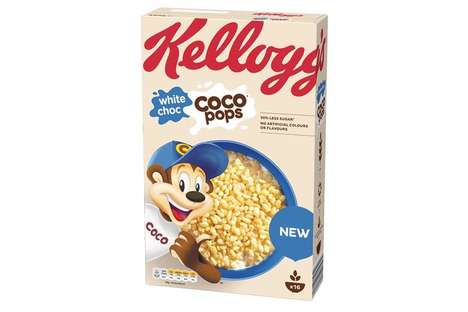 The Kellogg’s White Chocolate Coco Pops cereal is the latest offering from the brand that aims to offer consumers with an alternative flavor from the original that’s also focused on a healthier recipe.

The cereal contains 30% less sugar than the original chocolate variety and is also completely free of artificial colors and flavors for consumers to appreciate. The product is also being promoted with a new mascot known as Nula the Narwhal who will be featured in a new advertising campaign alongside Coco the Monkey.