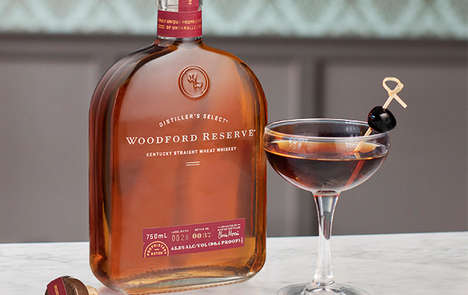 The Woodford Reserve Kentucky Straight Wheat Whiskey has been added to the distillery’s permanent product lineup on a global scale that will offer a premium flavor profile that’s based on recipes from the past.

The whiskey was created by master distiller Chris Morris who concocted the recipe to feature 52% wheat, 20% malt, 20% corn and 8% rye. The libation features notes of cedar, cinnamon and cook fruit on the nose, while hints of “spicy apple sauce and toasted coconut” will be experienced on the palate.