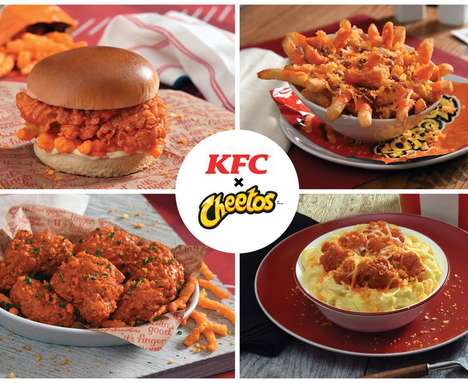 KFC is pretty excited about its latest collaboration with Cheetos and the fast food showed off its appreciation with a dedicated ‘All Orange Everything’ Cheetos pop-up in New York City. Held on June 27th, the pop-up not only showed off KFC’s highly anticipated new Cheetos Sandwich, but there were also some other exclusive Cheetos-inspired dishes on the menu.

The All Orange Everything pop-up was held at the end of June to celebrate the launch of the new Cheetos Sandwich. Of course, KFC was not content with just one dish, so the chain whipped up a couple of other Cheetos-infused dishes for eager fans. There were Cheetos-fied KFC Hot Wings covered in Cheetos sauce, Cheetos Loaded Fries sprinkled with Cheetos dust, and a KFC Mac and Cheetos Bowl featuring a creamy three-cheese blend.