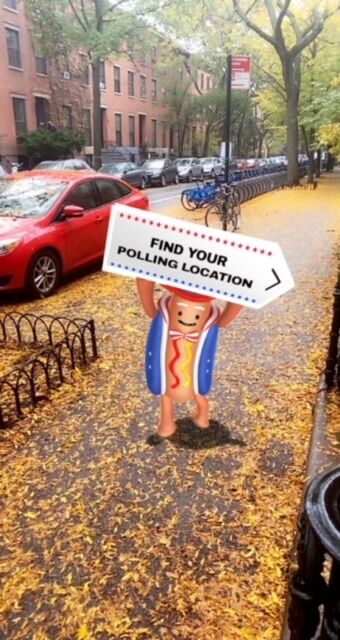 Snapchat’s Dancing Hot Dog filter recently made a resurgence after its 2017 debut on the social media platform. The iconic filter was given an election-themed makeover and was launched on the fourth weekend of October. The date was chosen in celebration of Vote Early Day, “aimed at ensuring that eligible voters knew when and how to vote early.”Snapchat’s Dancing Hot Dog lens was also featured this past Election Day, boasting selfie and world view capabilities along with links to the Before You Vote tool, which offered access to polling locations in one’s area, and more background on candidates and the key issues they stood for. “Snap Inc. said it has helped over 1.24 million users in the U.S. register to vote through the Snapchat app, and 56% of those are first-time voters.”Image Credit: Snap Inc.