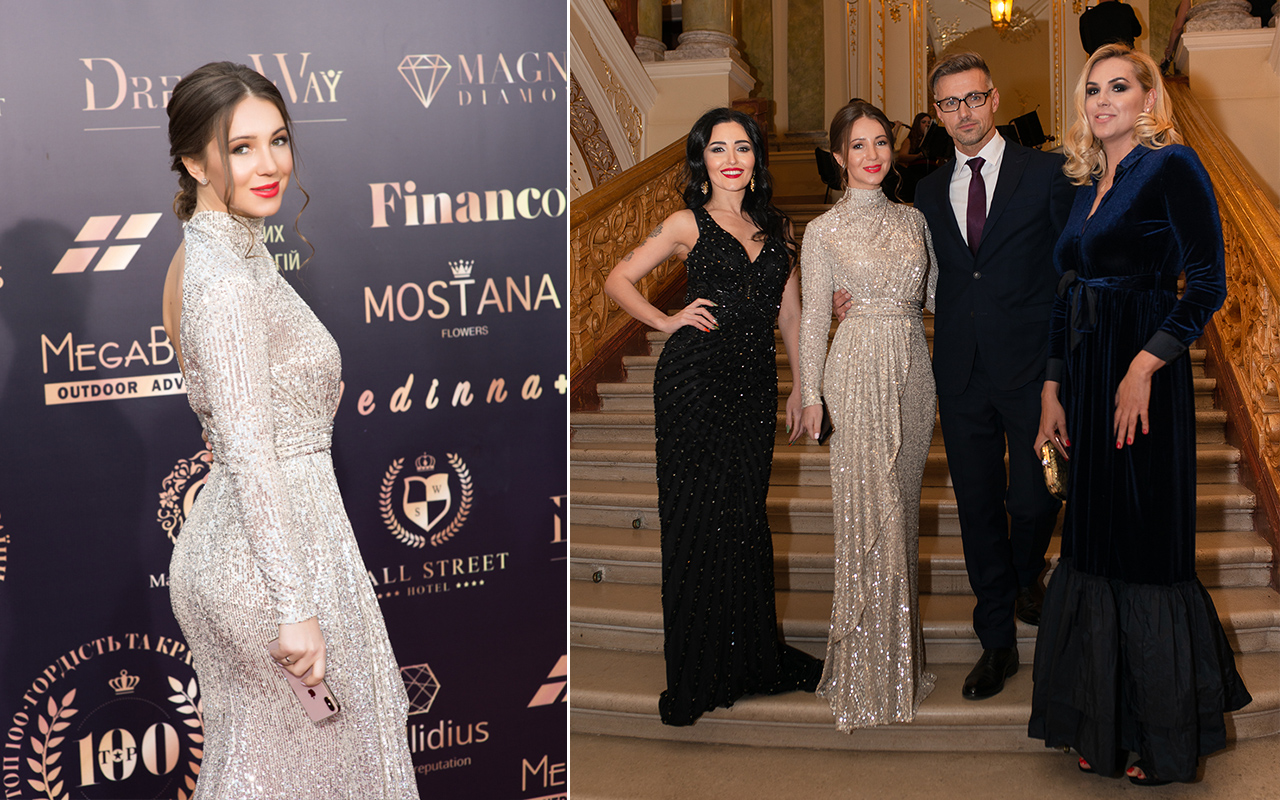 She had a dream: to tell the world about Ukraine. And not in terms of the war or politics – to tell about the fantastic people living there: highly professional, talented, beautiful, and sophisticated. “I’ve always wanted to hear that my home country’s name evoked only positive associations”, says Elvira Gavrilova, the producer and author of several projects, such as Top-100 “Pride and Beauty of Ukraine”, which have played a significant role in the promotion of the country. Today, she is sharing the story behind her project and how far they have managed to move forward. She also shares her success story and plans for the future.

Elvira- how did you come up with the idea of establishing the national ratings Pride and Beauty of Ukraine?

First, there was the motivation. The motivation to make Ukraine and Ukrainians known in a positive context. I’ve always traveled a lot, especially on business – to develop my fashion house (Elvira Gavrilova is a creator and head-designer of the women’s and children’s brand, named after her – editor’s note). It was quite upsetting to see people’s reaction when I mentioned I was from Ukraine. It’s like they were trying to figure out where this place was at all. Or they simply looked on sympathetically. These two options only. This is not a nice thing to experience and is wrong because Ukrainians have every reason to be proud of their country. Their strong and beautiful country. I think or rather I’m quite sure that we have everything here: fantastic people, wonderful children, overwhelming projects! We have everything, but we lack the promotion.

So, Pride and Beauty… is something like an advertisement campaign?

Sort of. This an advertisement campaign for the entire country. It’s like the World Cup or Eurovision Song Contest, but it’s not a one-off event. It reoccurs on a regular basis format.

Could you tell us how it all started?

We started it as a special edition of the Financoff magazine – I’m the Chief Editor, so I could make it happen *laughing*. I’d never dreamt (well, at least not aloud) that it would grow up into an independent project. One year, on 8 March, the International Women’s Day, I decided to bring together different women – strong and successful, running their businesses, the best in what they were doing. I wanted to tell their stories to the widest audience possible. This was when we decided it was time for our magazine to reach overseas markets. And…we enjoyed huge success. It turned out such a project had long been overdue – we had enough beauty contests or oligarch lists, but the audience was craving for the top of successful, outstanding personalities who would be inspirational and role models. My 50 heroines (it was Top-50 back then) gained some considerable recognition back then. Their personal brands became more pronounced, thus promoting the brand of Ukraine.

And then came the “children”…?

We realized we couldn’t lose that momentum and within quite a short time, just within several months, we selected a hundred talented children. It was fortunate that Ukraine has plenty of such children. Concurrently, we were working on the business-project rating and Men’s Top rating. The men were taking their time to apply so we managed to select the debut 100 only in the following year. Our men are humble. *smiling*

You have also planned to rank hotels and restaurants, haven’t you?

Yes, our initial idea was to create six Tops – three for people, and three for businesses. This what Ukraine can be really proud of: the adults, children, and our mentality – entrepreneurial spirit and hospitality. But the principle of conservation of energy came into the picture here. You gain something- sudden popularity and success, then you lose something- for now, we are simply short of the people and energy to keep all six nominations at a decent standard each year. This is why an important decision was made: to choose quality over quantity. Besides, the best samples of the hospitality industry are represented in the Company ratings anyway.

Elvira Gavrilova – the producer who can be truly proud of the quality of her work: the winners of both Men’s and Women’s Tops were awarded this year at the iconic Odessa Opera, whilst for the children, there was an amazing festive event in one of the city’s most beautiful parks…

Yes, we’re very serious about choosing the venues and organizing the events, just like we are with everything else. You mentioned something you could see as an outside observer. Our longest red carpet was hailed in all national media and was recorded in the Book of Records of Ukraine, and so was the largest number of men wearing tuxedos at the same venue. However, only “insiders” are aware of the fact of how many representatives of the international production centers who had come here to meet the winners, were amongst those wearing tuxedos.

So has your dream come true? Has the world found out about Ukraine and Ukrainians?

Well, maybe not the entire world *laughing*, but those interested, those seeking new faces and “fresh blood” for their projects, they have. And, honestly, they didn’t stand a chance not to. Last year, I spent most of my time travelling (it is a good thing I have people here, in Odessa, who can support me and whom I can trust to manage my business when I’m away). I’m doing my best not to miss any important events, which are the points of attraction for european business and show-biz. I share my ideas and meet new people.

Oh, it sounds like a very tough job to do.

The work is not supposed to be easy, but it is supposed to be that which you love to do. This is how you can be tired physically, whilst emotionally you’ll still be relaxed.

That’s a good point. And it is particularly pleasant when the work you love is beneficial for society, as yours certainly is. When producers from different countries do their part of the job, every family will know about Ukrainians.

Yes, now I know it for sure. Ukraine will be famous for being a home country of talented people. Talented in everything.