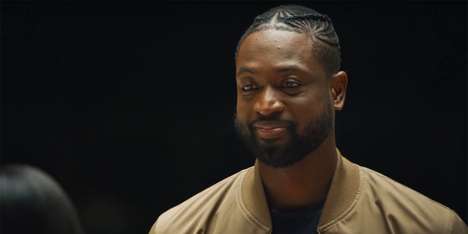 To commemorate his last season, basketball star Dwyane Wade has been swapping jerseys with other NBA legends. In an effort to celebrate his legacy, both on the court and off, Budweiser surprised Wade with five unexpected people whose lives he’s changed throughout his career.

The sister of a Parkland shooting victim, a man with a troubled upbringing, a woman who never thought she’d go to college, a woman who lost her home to a fire, and Wade’s own mother all approached Wade on the empty court. As the ad continues, it’s revealed that Wade helped each of these visitors, by taking a family on a shopping spree after they lost everything in a fire or setting up a college fund. At the end of the ad, each visitor tells Wade that while they don’t have a jersey to trade, they have a personal item they’d like him to have — like a blazer a man wore to his first job interview, and the cap and gown of the college grad.