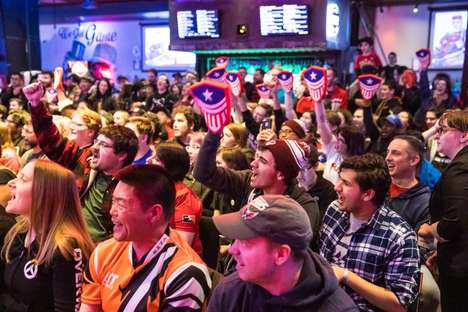 Drink Company Collaborates with Events DC on a Summer Initiative

‘Levels Unlocked: House of DC Heroes’ is a pop-up eSports bar that is organized through a collaboration between Drink Company — which entered the public’s consciousness through a Game of Thrones-inspired bar, and Events DC. The entertaining activation pays homeage to the eSports community, offering a hub for gamers to engage in the environment and with one another. Skillfully mixing the expertise of brands from two different industries, the collaboration proves to be well-thought-out.

The eSports bar boasts three rooms, each themed after local teams and players of Overwatch, NBA2K and Smash Bros. The first pop-up opened on March 13th in Austin for the SXSW Gaming Expo, while another one is expected for July or August in DC.

The eSports bar pop-up is described to be “something pretty incredible” by Derek Brown — Drink Company’s president.