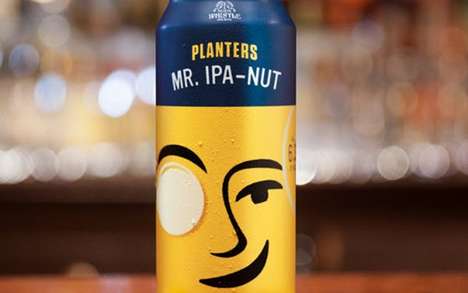 Planters Taps Consumers for the Campaign of Its Mr. IPA-Nut

Mr. IPA-Nut is a nut-infused beer that has a “citrus aroma with a hint of honey-roasted peanuts, followed by a slightly salty finish.” The beverage is completed in a collaboration between Planters and Noon Whistle Brewing. It is launched in a limited run.

The inspiration for Mr. IPA-Nut comes from pure consumer feedback through a survey that revealed that “64% of men agree that nuts are the best salty snack to pair with their beer.”

Moreover, Planters invited consumers to participate in a “social crowdsourcing campaign” with a #BeerGoesNuts across platforms like Instagram or Twitter. The initative is further described in an uplifting commercial. The social crowdsourcing initative for Mr. IPA-Nut will help Planters create “the nuttiest beer ad of all time.”