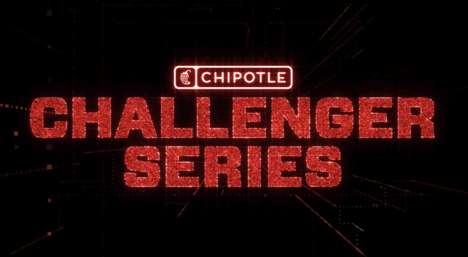 The Challenger series is an up-and-coming eSports competition that will be made possible through a partnership between Chipotle Mexican Grill, eSports company ESL and DreamHack — ” the premier gaming and digital lifestyle festival.” Additional products of the collaboration will be player and VIP hospitality programs, as well as multiple digital content launches that center around the particularities and aesthetics of the event.

Chipotle’s hand in co-organizing an eSports competition is quite the intuitive marketing move as the restaurant has already established itself as “a fan favorite and staple among professional gamers, streamers, and fans.” The Challenger Series is designed to cater to the audience as an amateur tournament that will be available on-site during DreamHack events. Those who dominate the eSports competition will get to enjoy a custom trophy, exclusive swag and a full year’s supply of Chipotle.